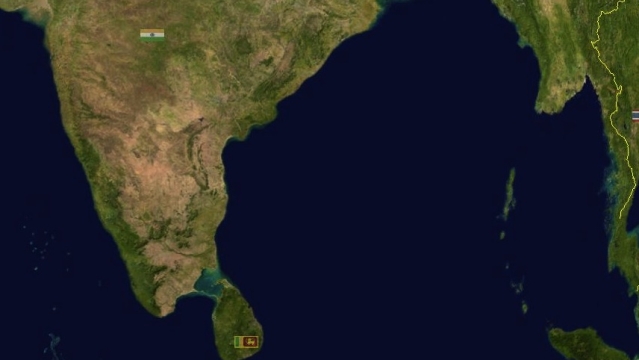 Andaman and Nicobar Islands in the Bay of Bengal (WikiCommons)

India is pulling out all stops to develop infrastructure in Andaman and Nicobar islands, given the strategic importance of the islands.

State-run National Highways and Infrastructure Development Corporation (NHIDCL) has been tasked with building bridges and roads at an investment of around Rs 3,000 crore.

Better infrastructure will help India secure its territory and protect its trade routes even as China aims to expand its naval reach. India’s only tri-service command is established in Andaman and Nicobar at the entrance to the Malacca Strait, the world’s busiest shipping route.

According to documents reviewed by Mint, the projects in the islands include building major bridges over Middle Strait and Humphrey Strait Creeks and an 87 kilometre road network.

A concerted strategy has been adopted for the islands to project India’s presence in the region and beyond with strategic projects such as expansion of naval air stations at Shibpur and Campbell Bay on the Great Nicobar Island and reviving a proposal to build a railway line from the capital of Port Blair to Diglipur on North Island.

Improving the connectivity infrastructure will also benefit the local population.

“We are doing projects worth Rs 2,800 crore in Andaman and Nicobar. The two bridges that we are constructing will connect North and South Andaman and will make commuting easy,” said NHIDCL managing director Anand Kumar in an interview.

Kumar is set to take over as secretary in new and renewable energy ministry after the high-level bureaucratic reshuffle announced by the National Democratic Alliance (NDA) government on Wednesday.

India has been trying to augment its strategic capabilities in the region against the backdrop of China’s ambitious “One Belt One Road” initiative aimed at connecting some 60 countries across Asia, Africa and Europe to boost trade and economic ties.

Andaman and Nicobar Lieutenant Governor Jagdish Mukhi told Mint in February that he had asked for the old railway proposal to be expedited on the grounds that there were now a lot more people on the islands and a rail link would be a defence asset.

The other projects in the islands being developed by NHIDCL(which works under the roads and transport ministry are): The road stretch between bamboo flat and Chatham island, Beonabad - Ferargunj road section and upgradation of a 56 km section of National Highways-4 to two lanes.

“These island are strategically located where infrastructure is lacking. Attempts at creating infrastructure will help strengthening India’s strategic control over these islands and the waters surrounding it. Once infrastructure is created, India can promote tourism which in turn will reinforce India’s national security interests,” said Centre for Policy Research professor of strategic studies Brahma Chellaney.

The NDA government also plans to establish ship-building and ship-repairing facilities at Andaman and Nicobar islands.

These islands’ importance in India’s security apparatus can be gauged from home minister Rajnath Singh’s visit in April this year, where he announced the laying of Rs 1,102 crore submarine optical fibre cable between Chennai and Port Blair and five other islands of Havelock, Little Andaman, Car Nicobar, Kamorta and Campbell by December 2018. This will help improve telephone and internet connectivity. The government also plans to add 14 new ships to the transportation fleet for improving the connectivity between the mainland and the islands.

There are, however, protests around some of the plans over fears they could encroach into the reserve forest of the Jarawa tribe.

“As long as the tribal reserves’ sanctity remains, it’s okay for the government to go ahead and create the necessary infrastructure. I would be cautious in developing huge infrastructure there,” said Sanjay Upadhyay, who was the Supreme Court-appointed commissioner to look into one of the cases of the impact of ecotourism on the Jarawa.