FASTag Was Always The Solution To Getting Past Toll Plazas, Not VIP Lanes 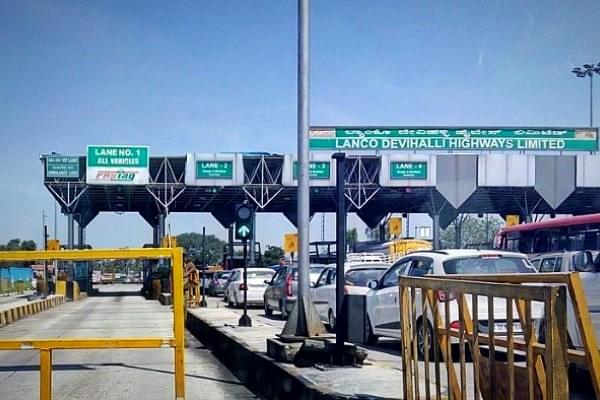 The recent demand by judges of the Madras High Court to set up VIP lanes at toll plazas for them is just another instance of India’s VIP culture at work. While certainly not setting the right precedent, it does bring in another matter to the fore – the time it takes to cross a toll plaza.

The rationale behind this bizarre demand is that it was “embarrassing” for judges to wait at a toll plaza and then display identity documents. However, should a separate lane be built for them, it would still require someone to man it – and only on verification of their identity, otherwise all and sundry could enter the lane.

Unlike when the president, prime minister, governor, or chief minister’s cavalcade passes through – which usually sees the road temporarily shut for civilians – judges do not have a motorcade. Further, with the Narendra Modi government doing away with red beacons atop vehicles, and every government employee sporting a board on their vehicle indicating that they work for the government, it is difficult to keep track.

Thus, the solution to this is simple – FASTag.

FASTag, as the name suggests, is a radio frequency ID (RFID) tag that is put up on the windscreen of a vehicle. When the vehicle approaches the specific lane of a toll plaza, an RFID scanner reads the tag and opens the gate, allowing the vehicle to pass through. It comes under the ambit of electronic toll collection (ETC) systems and is considered India’s equivalent to the E-ZPass that is prevalent in eastern United States.

The underlying principle behind the FASTag – or any ETC system for that matter – is that the tag is linked to the vehicle in question. Thus, a FASTag activated for a car will ensure that the toll amount deducted is the rate for a car and not for any other class of vehicle.

Most toll plazas, as a welfare measure under their concession agreement with the National Highways Authority of India (NHAI), offer concessional rates to those residing within a certain distance of the toll plaza. Along with other pass-holders, the NHAI uses the FASTag as a method for these users to cross toll plazas, as opposed to the earlier method where they had to line up in a queue and display a prepaid card to the booth operator.

With a few minor changes to existing rules – the NHAI currently states that any mechanical vehicle carrying either the chief justice or sitting judges of the Supreme Court or any High Court is exempt from paying toll. The NHAI merely needs to change its rules to allow only the official vehicle of a judge (or any other exempt dignitary) is eligible for the waiver and ensure that a FASTag is affixed to the vehicle. This tag can then be configured to not deduct any fee while crossing a plaza.

Adding a VIP lane may not be feasible in most cases. At toll plazas, where land for additional lanes is available, the concessionaire needs to spend money to build a lane that would be under-utilised for the most part. Where land is not available, it would mean the aam janta would be subject to more congestion due to one lane being cordoned off. Of course, a reversible lane – where the direction of traffic changes depending on the scenario – can be set up, but that, too, is cumbersome.

With the Ministry of Road Transport and Highways (MoRTH) having made it mandatory for all new vehicles to sport a FASTag last year, ETC lanes are bound to be overcrowded. Thus, concessionaires would be ill-advised to not increase the number of ETC lanes, given that toll plazas generally feature just one per direction. Further, with FASTag users getting a discount on the toll rates, it acts as an incentive for people to gravitate towards the ETC system, thus ensuring that the shortage of cash-based lanes at the cost of an electronic lane does not have drastic consequences.

However, the High Court only asked the NHAI to set up exclusive lanes, and stated that non-compliance and “harassment” would lead to a contempt of court order being slapped against them. What about other toll roads?

In states like Maharashtra, Gujarat, and Madhya Pradesh, a bulk of state highways are tolled, with tolls being collected by either the state’s road development corporation (RDC) or public works department (PWD). While a large number of Maharashtra’s toll plazas are ETC-compliant, some even FASTag-compliant, it begs an important question – what if the judge is on a state highway without FASTag, assuming that FASTag becomes that enabling factor that allows them to seamlessly cross toll plazas?

It is apparent that all toll plazas in India need to be brought under the FASTag system. The E-ZPass was originally conceived by the Port Authority of New York and New Jersey (PANYNJ) for the New York metropolitan area. While commercial operations began in 1995, by 2014 other states including Massachusetts, Pennsylvania, and Illinois had their existing ETC system made interoperable with the E-ZPass.

If a far more decentralised country like the United States can achieve a common ETC mechanism, a relatively centralised India can certainly implement the same.

While the judiciary’s demand is unwarranted, it gives our authorities the chance to introspect and develop a better ETC system that can help save not only the judges’ time, but also ours.

FASTag has always been the VIP lane that was required.