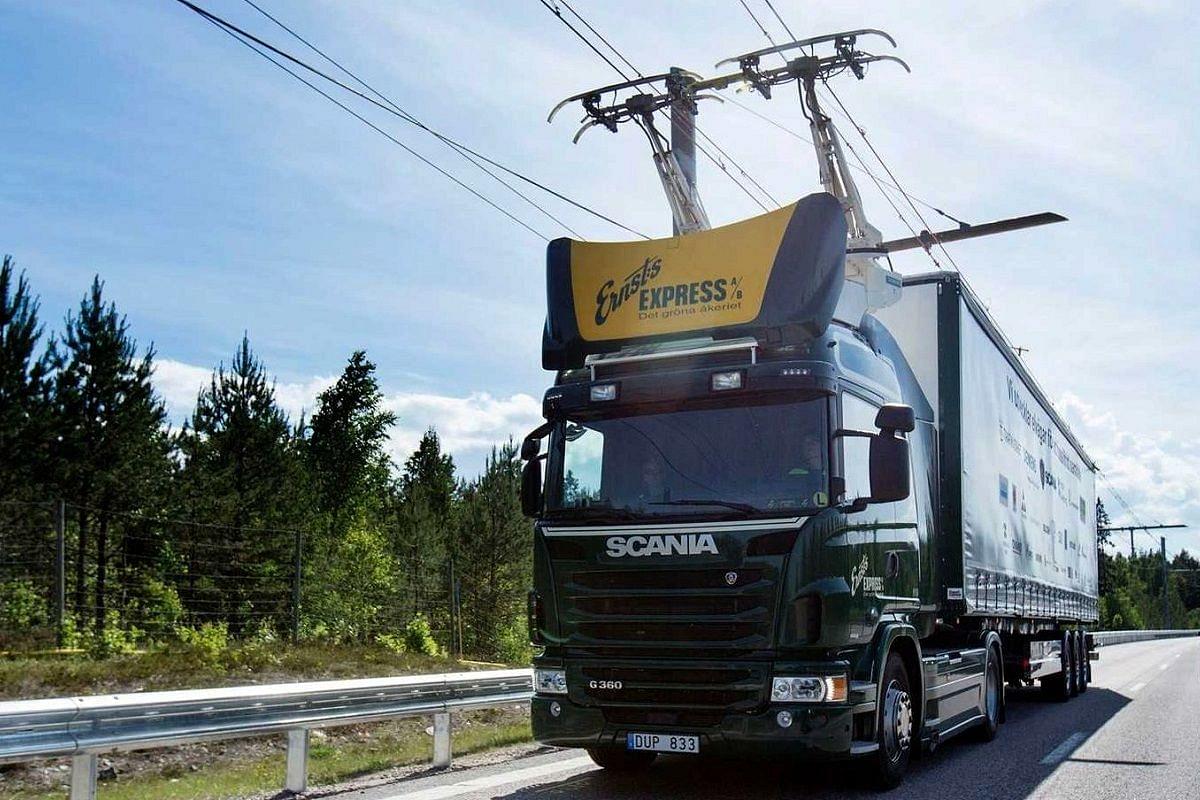 The government is working on developing electric highways, which will be powered by solar energy, that will facilitate the charging of heavy duty trucks and buses, Union Road Transport and Highways Minister Nitin Gadkari said on Monday (12 September).

Addressing an event organised by the Indo-American Chamber of Commerce (IACC), Gadkari reiterated that "the government is strongly encouraging solar and wind energy-based charging mechanisms for electric mobility."

"We are also working on developing electric highways, which will be powered by solar energy and this will facilitate charging of heavy-duty trucks and buses while running,” he said.

An electric highway generally refers to a road which supplies power to vehicles travelling on it, including through overhead power lines. Gadkari said that the government is also encouraging toll plazas to be powered by solar energy.

The Minister said the Road Ministry has conducted route optimisation exercises across major corridors and has designed newer alignment.

With the launch of PM Gati Shakti Master Plan, he said projects will get faster clearance and it would cut down logistic costs.

Stating that both India and the US are natural partners, the Minister invited the US private investors to invest in India's logistics, ropeways and cable car sectors.

He informed that around three crore trees would be planted along the National Highways and the government is adopting tree plantation practices while construction and expansion of Highways.

"And till now we have successfully transplanted 27,000 trees in National Highways projects," he said. According to Gadkari, the government is formulating a new policy called 'Tree Bank' for tree cutting and tree plantation.

As per policy, authorities such as National Highways Authority of India, The National Highways and Infrastructure Development Corporation Limited will have to maintain a tree bank account of planting trees during the project development.

The union government is also conducting a pilot project for an automatic number plate recognition system with a view to reducing traffic congestion at toll plazas and charging vehicle owners for the exact distance of cars driven on the tolled Highways, Union Minister said.

“With this new technology, we want to achieve two objectives — free flow of traffic on toll booths and pay as per your use,” he said, without giving further details.

Although that is a considerable improvement in the waiting time, at certain locations, especially near cities, and densely populated towns, there are still some delays at toll plazas during rush hours.

“The Ministry aims to implement the Intelligence Traffic System (ITS) on 15,000 km of the National Highway by 2024 to strengthen road safety,” the Road Transport and Highways Minister added.

Last month, Gadkari said that the government is now looking at two options — a satellite-based toll system where the GPS will be there in a car and the toll will be directly subtracted from the passenger’s bank account and the other option is through number plates.

“We are in the process of introducing GPS instead of FASTag while using satellite and on the basis of which we want to take the toll. Technology is also available on number plate and there is good technology available in India,” he said.

“We will select the technology. Though we have not taken an official decision, in my view on the number plate technology there will be no toll plaza and there will be a sophisticated computerised digital system by which we can give relief.

There will be no queues and people will get great relief,” the Minister said.