Has The Railways Significantly Improved Its Safety Record Under The Modi Government? 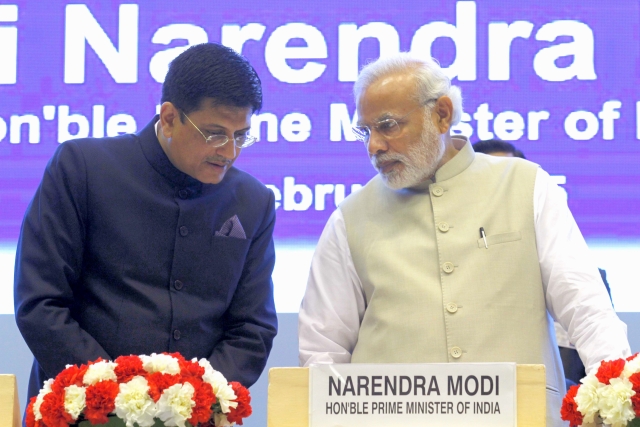 “Railways records 73 train mishaps in 2017-18, lowest in 35 years”, “Railways' safety record in 2017-2018 best in 57 years”, “Railways eliminates all unmanned level crossings from 4 zones” — these are a few headlines which have appeared in major publications over the last two years. Despite this, the Railways’ assertion that it has significantly improved its safety record is often met with scepticism, mostly by the usual suspects, but in some cases, by right-minded people too.

A case in point is the accident in Amritsar on the Dussehra night this year in which people standing on an operational track, while watching the burning of a Ravan effigy, were mowed down by a diesel electrical multiple unit (DEMU). Even before the agencies concerned could start looking into the causes of the accident, sceptics held the Railways responsible, only to be proven wrong.

Does the Railways deserve to be treated with such scepticism? Has its performance been poor in the recent days? If not, why? A look at publicly available data gives a clear answer.

The data clearly shows that the number of consequential train accidents has been on the decline irrespective of the government in power.

In the last four years of the Congress-led United Progressive Alliance (UPA) government, between 2010 and 2014, a total of 512 consequential train accidents were reported by the Railways. In comparison, in the first four years of the Bharatiya Janata Party-led National Democratic Alliance (NDA) government, 419 accidents have been reported, a decline of nearly 19 per cent.

The general trend over last few years and the drastic fall in the number of accidents under the NDA is clearly visible in this graph.

From this, it can be safely concluded that the Indian Railways has been perceived with scepticism which, if nothing else, does not qualify as constructive or healthy.

The drastic improvement on these fronts is a result of multiple reforms.

One, the elimination of unmanned level crossings (UMLC).

At least 12 of the total 16 zones of the Railways’ broad gauge network are now UMLC free. In the last seven months alone, 3,402 UMLCs of the total 3,479 on broad gauge routes still existing till April 2018 have been eliminated either by provision of subway, road under bridges or by manning. This is almost twice as many removed by the Railways in 2016-17 and 2017-18.

In the five years under UPA-II, a total of 5,687 UMLCs were eliminated. In comparison, at least 8,870 UMLCs have been removed in NDA government's tenure of a little over four and a half years (till October 2018), nearly 55 per cent more than the UPA’s total of five years. The Railways plans to eliminate the remaining 77 UMLCs on broad gauge network by the end of December 2018.

This is significant as the fatalities due to accidents at UMLCs formed nearly 40 per cent of the total fatalities (118) in rail mishaps in 2009-10. In recent years, this has come down to below 20 per cent and is expected to reduce further with the elimination of nearly all UMLCs on the Railways’ broad gauge network.

The Railways has commissioned 2,555 km of new lines, converted the gauge of 3,396 km of tracks and doubled 3,557 km of rail lines in the first four years of the NDA government. In comparison, in the last four years of the UPA government, 2,385 km of new lines were commissioned, gauge of 2,701 km of rail track was converted, and 2,932 km of rail lines were doubled by the Railways. The average pace of commissioning new lines has increased to 6.53 km per day between 2014 and 2018 from 4.1 km per day between 2009-14, the Railways says.

The national transporter also claims that there has been a three-time increase in the average construction of road overbridges, underbridges and subways from 415 per year between 2004 and 2014 to 1,220 per year between 2014 and 2018.

Among other things, the Railways has introduced a Voluntary Safety Reporting website using which its 13 lakh employees can report internal lapses in safety anonymously. It has increased the usage of its electronic interlocking systems, inducted modern track maintenance machines and a web-based bridge management system to show data regarding inspection of the bridges.