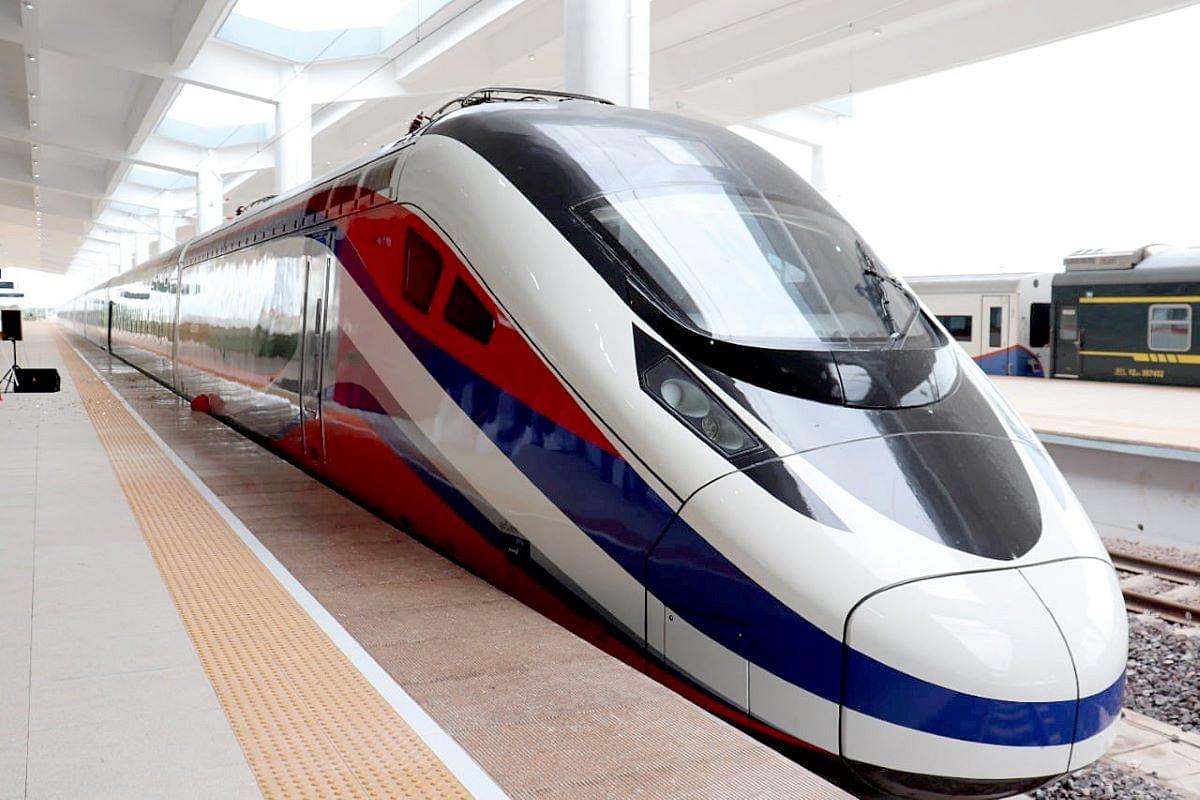 The Ministry of Railways (MoR) is preparing a detailed project report (DPR) for seven high speed rail (HSR) corridors in the country, said Railways Minister Ashwini Vaishnaw in a written reply in Rajya Sabha on 11 February 2022.

However, none of these seven high speed corridors is sanctioned as yet. The decision on sanctioning any HSR project depends on the outcome of DPR, techno-economic feasibility, availability of resources and financing options.

Is Any HSR Project Operational In India?

Presently, the Mumbai-Ahmedabad High Speed Rail (MAHSR) is the only sanctioned high speed rail project in the country.

The project is being executed with the financial and technical assistance from government of Japan. NHSRCL has been modelled as a special purpose vehicle (SPV) for implementing the flagship project.

With 12 stations in Maharashtra, Gujarat and Union Territory of Dadra and Nagar Haveli, the corridor has a length of 508.17 km. The state-of-the-art high-speed train, running on the Japanese Shinkansen technology, will zip at speeds of 320 km per hour, which is more than double that of Indian Railways’ fastest train — the Gatiman Express that travels at 160 km/h.

The country’s first ‘bullet’ train, a nickname the train gets from its bullet-like shape and speed, will traverse along west India’s landscape, covering 508 km distance between Mumbai and Ahmedabad in just about two hours. This will save time compared to current travel time between the two terminal stations by about nine hours (by bus) or six hours (by conventional railways).

The project has received all statutory clearances relating to forest, wildlife and coastal regulation zone (CRZ). Out of total land requirement of approximately 1,396 hectare (ha), about 1,193 hectare land has been acquired.

The entire project has been divided into 27 contract packages, out of which 12 packages have been awarded, and the rest are under evaluation.

However, with the project being mired in land acquisition battles and construction delays, the likely date for the joy ride has been pushed back by several years — to 2026 perhaps, as Vaishnaw remarked at a recent event.

What Is A High Speed Rail?

According to the union internationale des chemins de fer (UIC), high-speed rail combines many different elements which constitute a ‘whole, integrated system’, infrastructure (new lines designed for speeds above 250 km/h and, in some cases, upgraded existing lines for speeds up to 200 or even 220 km/h), rolling stock (specially-designed train sets), telecommunications, operating conditions and equipment, etc.

Put simply, a commercial speed of 250 km/h is considered to be the principal criterion for the definition of HSR. However, HSR does not represent an incremental improvement over conventional systems, but combines technologies to take rail travel to new dimensions.

What Spurred The Development Of HSR?

Classical rail networks are largely spread worldwide. Most of these networks are made up of mixed-traffic tracks. The maximum speed never exceeds 200 km/h (exceptionally 220 km/h).

When compared to other transport modes, classical rail has proven to be very safe and environmentally efficient. However, the aviation and automotive sectors have introduced many improvements and are still introducing innovations in their respective systems. This has created a strong negative impact on rail market share.

More than 50 years ago, Japan, followed by France, decided to arrest the decline in the share of classical rail in medium and long-distance market segment by introducing brand new concept in form of high speed rail rather than upgrading existing structures. This heralded the birth of high-speed rail.

Historically, Japan was the first country to make a foray into the HSR space with the Tokaido Shinkansen, which was started between Tokyo Central and Shin Osaka on 1 October 1964 in time for the 1964 Olympics.

In Europe, France was the first country to inaugurate high-speed rail line between Paris and Lyon on 27 September 1981, at a maximum speed of 260km/h. Italy followed next with a HSR system between Rome and Florence in 1988. Germany in 1988, Spain in 1992, Belgium in 1997, the United Kingdom in 2003 and the Netherlands in 2009 joined the club of countries offering HSR services in Europe.

HSR projects have been implemented in more than 20 countries across the globe, including China, Japan, Korea, the UK and France.

Globally, it covers a total network of over 52,000 km across Asia Pacic, Europe, Middle East, North America and Africa as on 27 February 2020, according to data compiled by UIC’s Passenger Department. This figure is expected to double to 104,413 km in the near future with several countries planning to expand their networks and new ones entering the fray.

2019 International Energy Agency (IEA) report titled, ‘The Future of Rail’ revealed that HSR activity worldwide has expanded fivefold in less than 10 years. Despite its limited geographical spread, HSR activity grew by more than 11 per cent per year between 2000 and 2019, nearly three-times faster than growth in any other non-urban transport mode, attaining nearly 1,029 billion passenger km in 2019.

Closer home in Asia, China has taken to HSR in a big way and boasts an HSR network spanning across 41,000 km, of which over 35,000 km is already operational, as per UIC. High-speed rail was introduced to China in 2003 with the Qinhuangdao-Shenyang high-speed railway and now has the longest HSR network in the world, accounting for more than two-thirds of the world's total. The HSR is being used by 1.7 billion passengers every year, according to a report by the World Bank.

Almost all the countries where HSR systems were introduced have reported big gains, to the quality of life of their people, economies and the environment.

Genesis Of HSR In India

The first mention of a HSR for India was made back in 2009, soon after which a pre-feasibility study was initiated for the Mumbai-Ahmedabad corridor. This was followed by similar studies for other HSR corridors.

The ground work for the HSR was laid down in 2013, when on a visit to Japan, the then prime minister of India, Dr Manmohan Singh agreed for a joint feasibility study to bring the HSR technology to India in collaboration with the Japanese government.

Interestingly, all the technical aspects of this study were handled by the Japanese, who are the global experts in high-speed rail, but, due to shared funding, it was termed as a ‘joint’ study. The Japanese government also gave their financial proposal on funding at concessional rates. The Japan International Cooperation Agency (JICA) which was the consultant on the project submitted the final report in July 2015.

The cabinet finally approved India’s first HSR project in December 2015. As a follow up, the MoU on cooperation and assistance in the Mumbai-Ahmedabad high speed rail project was signed during India Japan Summit Meeting between the two prime ministers, Shinzo Abe and Narendra Modi, on 12 December 2015. This became a turning point for India’s HSR journey.

As per the agreement, it was agreed that Shinkansen Technology would be adopted for the project. The Shinkansen system offers one of the highest safety levels in the world — there have been zero passenger casualties from when the first Shinkansen train started in Japan in 1964. They run at average punctuality levels of 40 seconds, which is also impeccable.

The cooperation with Japan also involves transfer of technology and a clause for Make in India (MII). Japan has offered an assistance of over Rs 79,000 crore for the project. The loan is for a period of 50 years with a moratorium of 15 years, at an interest rate of 0.1 per cent.

On 14 September 2017, a ‘ground breaking ceremony ‘for MAHSR corridor at Sabarmati and the start of physical construction at Vadodara for training slab track was held in the presence of the two prime ministers and the NHSRCL team.

The national rail plan for India envisions enhancing the outreach of the HSR system and increasing connectivity to all the cities of importance. To optimise the high-speed rail connectivity between major cities/ commercial/economic centres, it has developed a ranking system based on an index of five criteria.

The HSR project is all set to transform the train travel experience, besides boosting the infrastructure development and providing a fillip to the socio-economic growth of the country.