How The Indian Railways Is Keeping The Tracks, The Stations, And The Coaches Themselves Clean And Neat 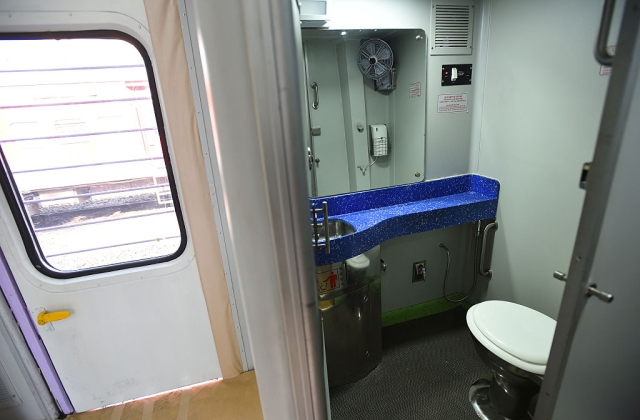 Marching towards zero waste discharge on tracks, Indian Railways has succeeded in installing bio toilets in more than 68,000 passenger coaches till now, a significant milestone in providing clean and hygienic environment to rail users.

Barring a few, the entire passenger coaching fleet of the Railways is now equipped with bio toilet, said a senior Railway Ministry official.

Besides, railways has stepped up efforts to install automatic coach washing plants at 127 major stations, a much-needed move to save precious water.

A coach can be washed with just 40 litres of water by the automatic washing system instead of 1500 litres consumed manually.

While 20 such plants are already operational at stations, work on 51 plants is in progress and the process would begin soon for the rest, the official added.

Bio toilets, washing plants, use of clean energy, tree plantation and conservation of water bodies on rail land are some of the green initiatives being undertaken by the Railways to reduce the carbon footprint.

In order to prevent corrosion of track and curb the spread of pathogen, there was an urgent need to stop direct waste discharge on rails and installation of bio toilets in all passenger coaches was a major step in this direction.

There are about 400 passenger coaches in the process of being equipped with bio toilets while 68,690 coaches are having the system operational, the official said.

Bio toilets not only prevent direct discharge of human waste on track, they also enable clean and green environment on platforms and stations while facilitating improvement in track maintenance and cleaner bogie components of coach.

The official further said that steps are being taken for solid waste management with segregation of bio-degradable and non-biodegradable wastes at stations and office premises.

Now there are separate dustbins for dry and wet garbage at stations, effective rag picking system has been formulated to keep the rail premises clean and environment-friendly.

Besides, steps are also underway to light up the entire rail network with LED lights and solar energy.

Railways' next target is to convert all bio toilets into vacuum-based systems for which RDSO has finalised the specification.

Now all new coaches would be equipped with vacuum-based bio toilets at manufacturing stage itself, added the official.

With all these green initiatives, Indian Railways is emerging as a major global player on the environment and clean energy front as the world celebrated the World Environment Day on 5 June.