Kolkata: Why The Recent Building Collapses Will Not Be The Last In The City 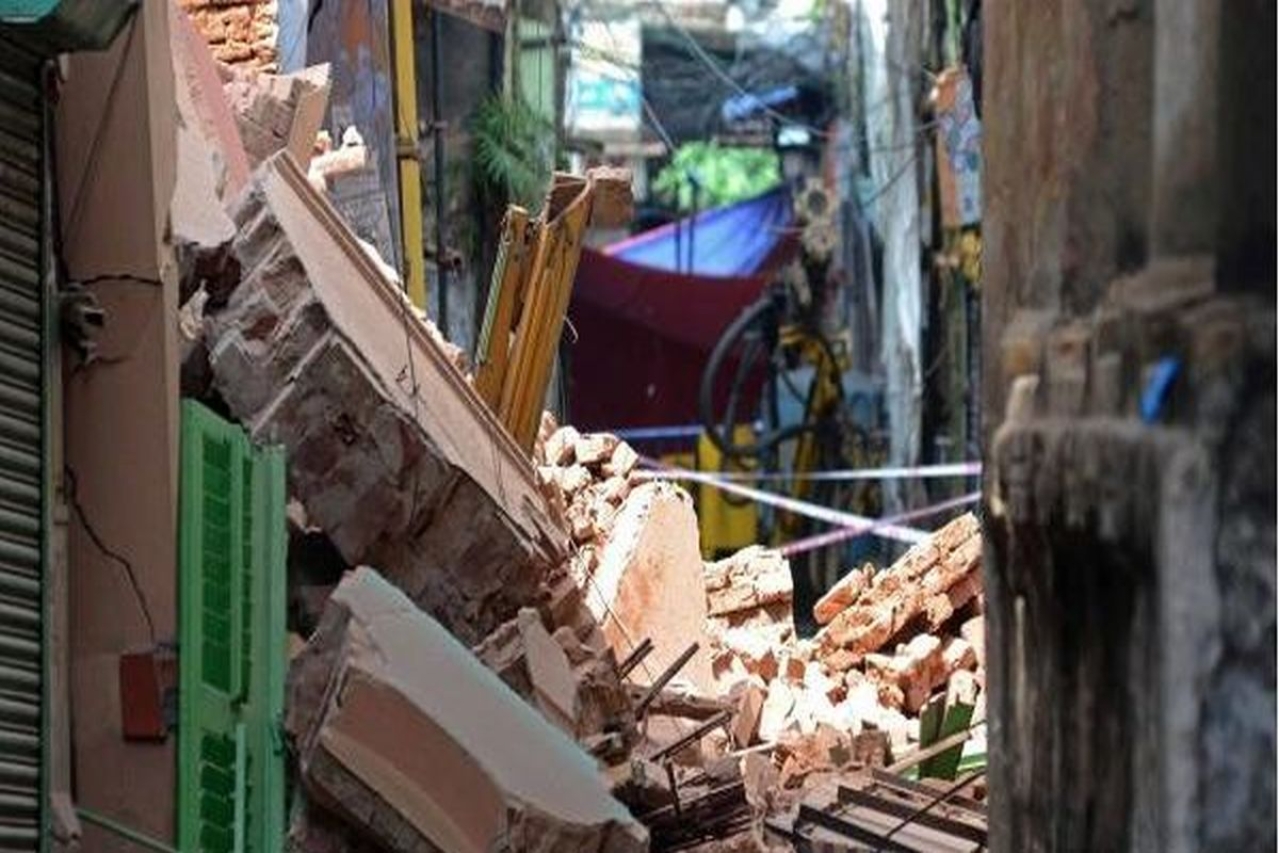 The recent collapse of a number of buildings in central Kolkata due to tunnelling work for the East-West Metro Rail project should be a wake-up call for the city.

That’s because lakhs of buildings dotting vast swathes of the city and its suburbs stand on very unstable ground and could face the same fate as the ones which are now a heap of rubble.

The buildings in central Kolkata collapsed after the tunnel-boring machine hit an underground aquifer that no one knew existed. Water drained out from the punctured aquifer, leading to massive subsidence and the consequent building collapses.

But it is not in Bowbazar — the affected area — alone where such an unknown aquifer existed. Geologists say that thousands of such aquifers exist under Kolkata’s surface and disasters like the one at Bowbazar are just waiting to happen.

And that’s because hundreds of waterbodies — ponds, lakes, canals and creeks — were filled up to construct buildings in the city and the suburbs.

“These aquifers and water pockets are dynamic at times and even a mild tremor can trigger them to merge or splinter. That poses a great danger to buildings and structures above them,” said Rathin Chandra Banerjee, a geologist.

Banerjee points out the case of the building collapses at Bowbazar. “Old maps of Kolkata show there were five big ponds at exactly the same spot at which the buildings collapsed or suffered severe damages. There was also a creek nearby,” he said.

Banerjee says the old maps show that what is present-day Kolkata was once a network of canals and small rivers, and dotted with numerous waterbodies. All these were filled up to construct buildings.

“These waterbodies were repositories of excess rainwater and groundwater. They may have been filled up, but we know little of how nature, through its own dynamics, has created underground aquifers that make the buildings above or near them very unstable,” says Banerjee.

Geologists say the Bowbazar disaster ought to serve as a wake-up call for Kolkatans and the authorities. They recommend going back to old maps of Kolkata to locate the various waterbodies that existed in the past.

“An extensive underground mapping with the help of remote sensing and other modern gadgets should be undertaken to locate all underground aquifers.

“Once they have been mapped, areas that are considered dangerous should be demarcated and, in consultation with experts from various fields, remedial measures should be undertaken,” said Vimal Singh, another geologist.

The remedial measures should include evacuation from very dangerous zones where mild tremors can cause subsidence and building collapses. These buildings should be demolished and areas that had a concentration of waterbodies should be restored to their original nature.

“It would be advisable to re-excavate some portions of such areas to pave way for restoration of at least some of the waterbodies and take the pressure off the aquifers,” said Singh.

That, though, is easier said than done. “Given the pressure on land in densely-populated Kolkata, it will be impossible to demolish buildings in very unsafe zones and undertake mitigation measures.

“As it is, we face immense problems with evacuating people from very unsafe buildings that are on the verge of collapse. To do so from buildings that are overtly safe and then demolish them would be impossible,” said a senior engineer of the Kolkata Municipal Corporation.

Thus, Kolkata and its suburbs may witness more Bowbazar-like disasters and there is little that can be done to prevent them. But for the future, one strict rule that ought to be laid down is that no more waterbodies should be filled up.