Northeast Connectivity: How Centre Is Bridging The Infrastructure Gap With Projects Worth Rs 1,34,200 Crore 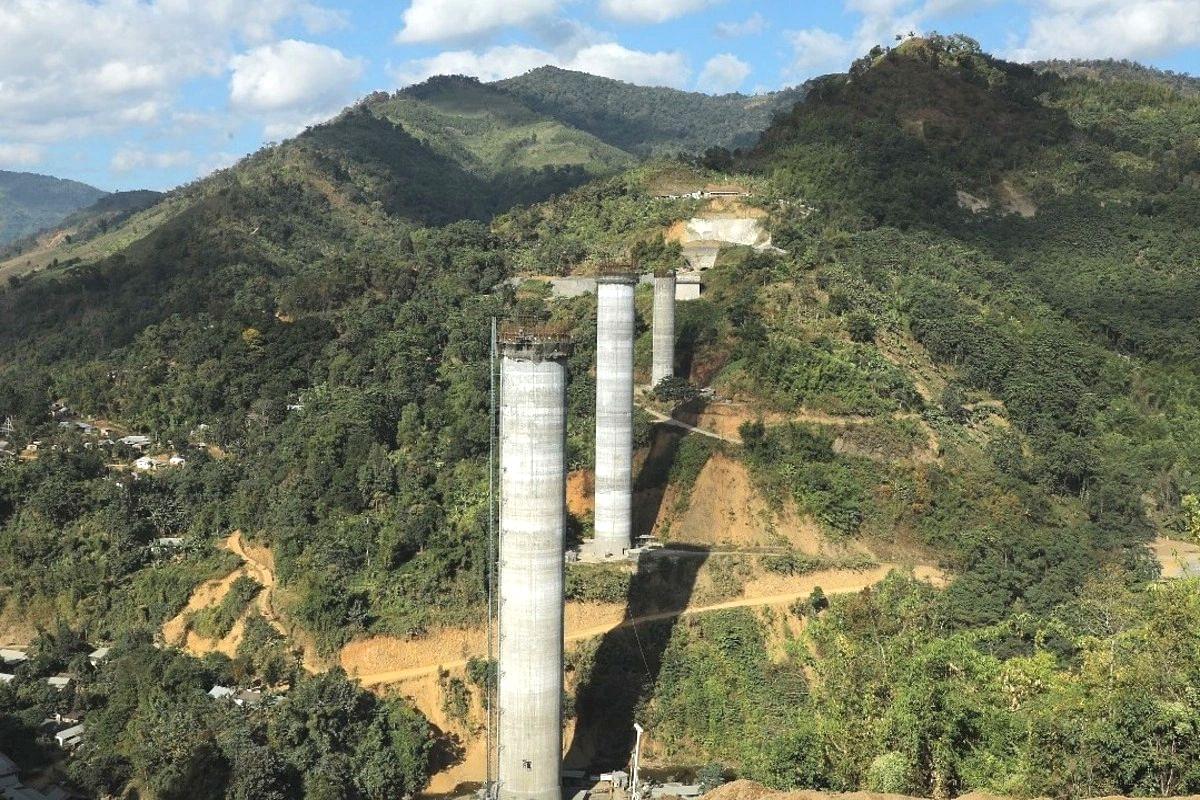 The Centre is implementing various rail, road and air connectivity projects worth Rs 1,34,200 crore in Northeast India. This was stated by Union Finance Minister Nirmala Sitharaman while delivering the valedictory address at Natural Allies in Development and Interdependence conclave on Sunday (29 May).

The NADI is an international river conference to articulate the collective vision of cooperation in the Bay of Bengal and the Southeast Asian region. The two-day conclave was inaugurated by Union Minister for External Affairs S Jaishankar in Guwahati, Assam, on Friday (27 May).

The third edition of the conclave has been organized by Shillong-based think tank Asian Confluence in collaboration with the Union External Affairs Ministry, Act East Policy Affairs Department of the Assam government, North Eastern Council and other partners.

To address the issue of connectivity in this region, the government has initiated a slew of infrastructural projects related to air, railways, roads, waterways, etc. The Union government has been pumping in huge money to develop several infrastructure projects.

Listing out the projects, the Finance Minister said the Centre was spending over Rs 74,000 crore for 20 railway projects covering a length of 2,011 km. The Centre is developing 4,000 km of roads in the region at a total cost of Rs 58,000 crore, she added. Fifteen projects for air connectivity involving an expenditure of Rs 2,200 crore are also ongoing in the region, she added. However, she did not mention the completion period for these projects.

Better connectivity in the northeastern region is essential to fully tap its tourism potential, ease the transportation of goods, improve the delivery of services and contribute to the overall development of the region.

As per the Ministry of Road Transport & Highways, as of October 2021, the length of National Highways (NH) per 1000 sq. km of area in the North Eastern Region (NER) is 52 km as compared to 40.2 km for the country. The length of NH in each of the NER states is more than the national average, except in Arunachal Pradesh.

In order to enhance the connectivity in other North-East region States, the government has been implementing various projects under the Special Accelerated Road Development Programme for North East (SARDP-NE) and the Bharatmala Pariyojana. As a result, the length of the National Highways has increased from 10,905 km in 2014-15 to 13,710 km presently.

To bridge this gap, 20 projects costing Rs 74,485 crore for 2,011 km length falling fully/partly in the North Eastern Region are under different stages of planning/approval/execution as of 1 April 2021.

Linking Capitals of All North Eastern States By Rail Network

Currently, all northeastern states barring Sikkim are connected through rail. While the capitals of Assam, Tripura, and Arunachal Pradesh are already connected, work to extend similar connectivity in Manipur, Mizoram, Nagaland, and Meghalaya is currently underway.

Aizawl, the capital of Mizoram, is set to become the fourth state capital in the North East to have railway connectivity next year as the Northeast Frontier Railway (NFR) is laying a new Broad Gauge (BG) track up to Sairang, about 20 km from Aizawl. The BG line being laid in the Bairabi (near Assam's Hailakandi district) to Sairang in Mizoram's Aizawl district would be completed in November 2023.

The government has set 2024 as the deadline for connecting the remaining northeastern state capitals with the national capital by railway network. The Capital Rail Connectivity project is ongoing at the cost of Rs 45016 crore.

Under 'Ude Desh Ka Aam Nagrik (UDAN)', the regional connectivity scheme (RCS) of the Ministry of Civil Aviation, the northeast has been identified as a priority area. This has helped in enhancing inter and intra connectivity for the region. In this regard, new airports are being developed, and old airports are getting upgraded. Considering the hilly terrain, helicopter operations under UDAN scheme are also in focus.

Ongoing projects include the development of new Greenfield Airports at Holongi, Tezu in Arunachal Pradesh; Dibrugarh in Assam; Imphal in Manipur; Barapani in Meghalaya. It will add to the existing fifteen big and small airports in the northeast.

In addition to this, about 18 airstrips, heliports/helipads, and water aerodromes are also awarded under UDAN scheme and are being developed in the northeast with the budgetary allocation of about Rs 182 Crore.

On 12 April this year, the first flight of Made in India HAL Dornier Do-228, operated by Alliance Air, took off from Dibrugarh in Assam to Pasighat in Arunachal Pradesh. Northeast India's first-ever Flying Training Academy was inaugurated in Assam's Lilabari the next day.