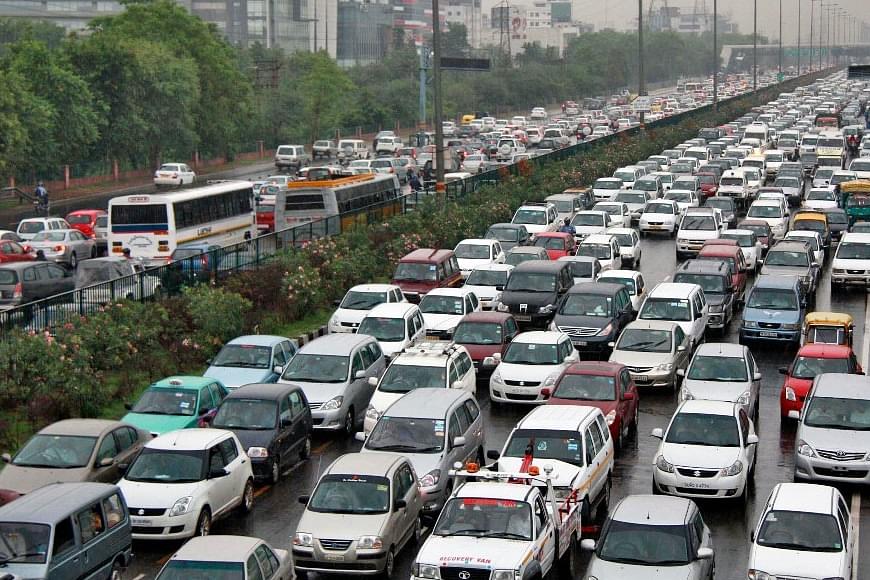 Commuting in Bengaluru has become an arduous affair. A glance at Google Maps would show a dark maroon line for most roads in the city, thus preparing the residents for a long commute.

The reason for long and tiring commutes in the information technology (IT) capital of India is a simple one – the city grew fast and its infrastructure wasn’t able to keep up. Bengaluru needs a total overhaul of its transport infrastructure in order to keep pace with the growth it it witnessing.

Reimagining The City And Its Transport

Like any other city, Bengaluru’s transport consists of a series of existing systems including buses, metro rail, autorickshaws and ride-sharing platforms. The problem, however, is that they tend to be disconnected for most part and don’t cover the entire city. According to the Bangalore Development Authority’s (BDA’s) revised master plan (RMP) for 2031 that was drawn up in early 2017, 1.8 million residents of the city and its extended metropolis waste 600 million man hours per annum while travelling, resulting in productivity losses of Rs 3,700 crore and fuel losses of Rs 50 crore every year.

So, how do we go about making the city’s transport system more efficient?

An Integrated Approach To Roads

The first step to resolve transport crises would be to address the condition of roads in the city. Bengaluru currently has no proper road structure in place, thus leading to inconsistently wide roads in different conditions, depending on the jurisdiction of the agency that maintains them.

While fixing potholes, bad surface quality and others are the de facto responsibilities of all the agencies involved, what needs to be done is to set up a road hierarchy. Under this system, roads are classed under a high volume category and receive suitable funding, with lower volume roads such as arterial roads coming in next.

Based on traffic data gathered using different sources such as ticketing and vehicle tracking employed by the Bangalore Metropolitan Transport Corporation (BMTC), Google Maps and Uber Movement, the administration can take decisions on widening narrow roads and other roads that witness high volumes of traffic.

Traffic signals need to be upgraded to become smarter. The city is looking at running automated signals with technology support from Japan. As the signals are built to change lights based on the traffic, it would be a prudent move to synchronise all signals so that once a person crosses a green signal, all subsequent signals on that road are green when a certain threshold speed is maintained.

BMTC is today among the largest public transport operators in the country with over 6,823 buses plying across 6,144 routes covering 11.7 lakh kilometres and making 70,872 trips per day.

However, BMTC does not serve all parts of the city. At the same time, the bus routes are not very diverse. A vast majority of buses head to two primary destinations – Kempegowda Bus Station (KBS) or Majestic and Krishnarajendra Market (KRM). Buses to most of the high-density employment zones such as Electronics City or the International Tech Park Bengaluru (ITPB) also predominantly go towards KBS, rather than to residential localities.

Suburban Bengaluru is primarily constituted by villages that were absorbed into the city when the Bruhath Bengaluru Mahanagara Palike (BBMP) was expanded. These former villages have narrow, winding roads that cannot be served effectively with the regular fleet.

In order to increase its coverage, BMTC needs to focus on both route diversification and fleet augmentation.

Adding new routes, such as Bannerghatta Road – a residential stretch – to say ITPB or Electronics City via the main roads (Outer Ring Road) would be the first step. BMTC also leases out its buses to private IT firms that ply on these routes. When it knows they’re popular, why not introduce buses for the general public? The next step is to provide buses between these two points but through other routes. However, this would be futile since most of the other routes would pass through the narrow village roads and hence the corporation needs to add more buses – minibuses, midibuses and smaller air-conditioned (AC) buses that can fit in these roads.

The next step would be to modify the existing hub and spoke model (a system of connections arranged like a wire wheel) and set up smaller bus termini across the city. Rather than running only long distance buses bound for KBS or KRM, buses from the suburbs can reach these smaller terminals, allowing residents to then change buses and head in a different direction. Feeder buses to railway and metro stations also need to be given priority.

BMTC would also need to set up proper bus shelters at all its bus stops. Bus shelters need to have the stop name and list the buses passing through so that commuters can use the BMTC’s app on their phones to check the status of buses arriving.

The Next Stop, The Suburban Rail

Bengaluru is India’s second largest city by municipal area, third by population and fourth largest metropolitan region. It is, however, the only one in the top five that lacks a suburban railway network.

Setting up a suburban rail or commuter rail system (CRS) is less capital intensive than a metro rail project. Tracks are primarily at grade and the system is usually part of the existing railway infrastructure. This presents Bengaluru with the chance of setting up a CRS that will effectively target several unconnected parts of the city.

However, the biggest hurdle is that most of the city’s tracks pass through the Krantiveera Sangoli Rayanna (KSR) Bengaluru City railway station, which is in a highly congested area. Unlike Mumbai that has five tracks running through the city, or Chennai that has three, Bengaluru has only two and that is used heavily by the existing rail network.

South Western Railway, under whose jurisdiction the city comes, would need to start a CRS on other tracks and completely avoid the KSR station due to the congestion. The alternative could be to connect the Mysuru, Tumkur, Hosur, Kolar and Hyderabad-bound tracks with a second track that avoids the congested city centre.

All the tracks, starting with the Yeshwanthpur-Hosur route need to be tripled and electrified with existing railway stations – that feature just a platform and nothing more – being rebuilt with bus stops, parking lots, proper seating, toilets, footbridges and more.

The Namma Metro system currently features 42 km of operational network with an additional 60 km under construction and another 63 km that has been granted approval. However, given that the city lacks an existing railway network, the metro needs to be larger. Even if a CRS is built, it is not going to be longer than 150 km, and hence the metro becomes even more important.

With a population of over 1.2 crore, the city should ideally have at least 350 km of metro rail. Metro systems need to cover each of the city’s 10 major highways, IT zones and residential areas, along with a high speed line to the airport.

The city has two lines operation, both of which are being extended with two new lines being built. A fifth line along Outer Ring Road (ORR) is in the works. The city needs at least five new lines, catering to highly populated regions along Old Airport Road, Magadi Road, Sarjapur Road and Bellary Road.

While pod taxis have been proposed for the city, the proposals compete with the metro, rather than being independent networks in areas where the metro cannot reach. The city can take a leaf out of Mumbai’s playbook where the monorail connects areas that can’t accommodate a metro line and features a lot of curves. Given that the hallmark of Bengaluru’s suburbs are narrow streets, a personal rapid transit (PRT) system might just do the trick.

The city needs several independent PRT systems connecting major areas to metro stations. For example, Electronics City is divided into Phase 1 and Phase 2 that are separated by Hosur Road. The upcoming Yellow Line of the metro will travel along Hosur Road.

Beyond Phase 1 are several residential localities like Neeladri that have massive housing projects. A PRT would be a good idea in the locality to connect them to the metro station and then cross Hosur Road to reach Phase 2.

Similarly, PRTs can be built in localities such as JP Nagar, connecting to the metro stations on the Green Line and the upcoming Red Line along with numerous sub-localities within JP Nagar and Jayanagar.

And Now, To Fly High

The Kempegowda International Airport (KIA) is located in the town of Devanahalli, around 25 km north of the city along the Hyderabad-bound national highway. While a high-speed metro line to the airport has been proposed, it is still on paper and other alternatives have come up.

Earlier this year, a company called Thumby Aviation had launched its HeliTaxii services using two Bell 407 choppers than can seat six people. Services currently operate between Electronics City and KIA that takes 15 minutes. By road the 53-km journey takes anywhere from an hour and a half to two and a half hours depending on traffic.

The operators have evinced interest in expanding services to the Old Airport and Whitefield (near ITPB) from KIA as well. The government of Karnataka on its part has been looking at activating 90 helipads in Bengaluru, but due to lack of clearances from the Directorate General of Civil Aviation (DGCA), the proposal hasn’t taken off – quite literally – yet.

Bengaluru should ideally have at least 15 to 20 operational helipads right now for city-based aviation. While tickets from Electronics City to KIA cost upwards of Rs 4,000 per person per trip, those willing to pay extra will get their services, potentially opening up the sector to a lot more investment.

With research into flying taxis gaining ground, and companies planning to launch services in the next decade, it makes sense to activate more helipads in the city that can then be repurposed for flying taxis. Given the time it takes for major infrastructure projects to get completed, flying taxis could be a reality by the time the metro line to the airport comes up.

Bengaluru needs to sit down and think about its transport systems. The city currently features a set of disconnected systems that lack cohesion. A common mobility organisation, that will plan and execute road, rail and metro projects while also planning for buses, and even helicopters has to be in place. The authorities must start work right away if India’s IT capital has to build a massive transit network that can cater to every resident of the city by at least 2030.