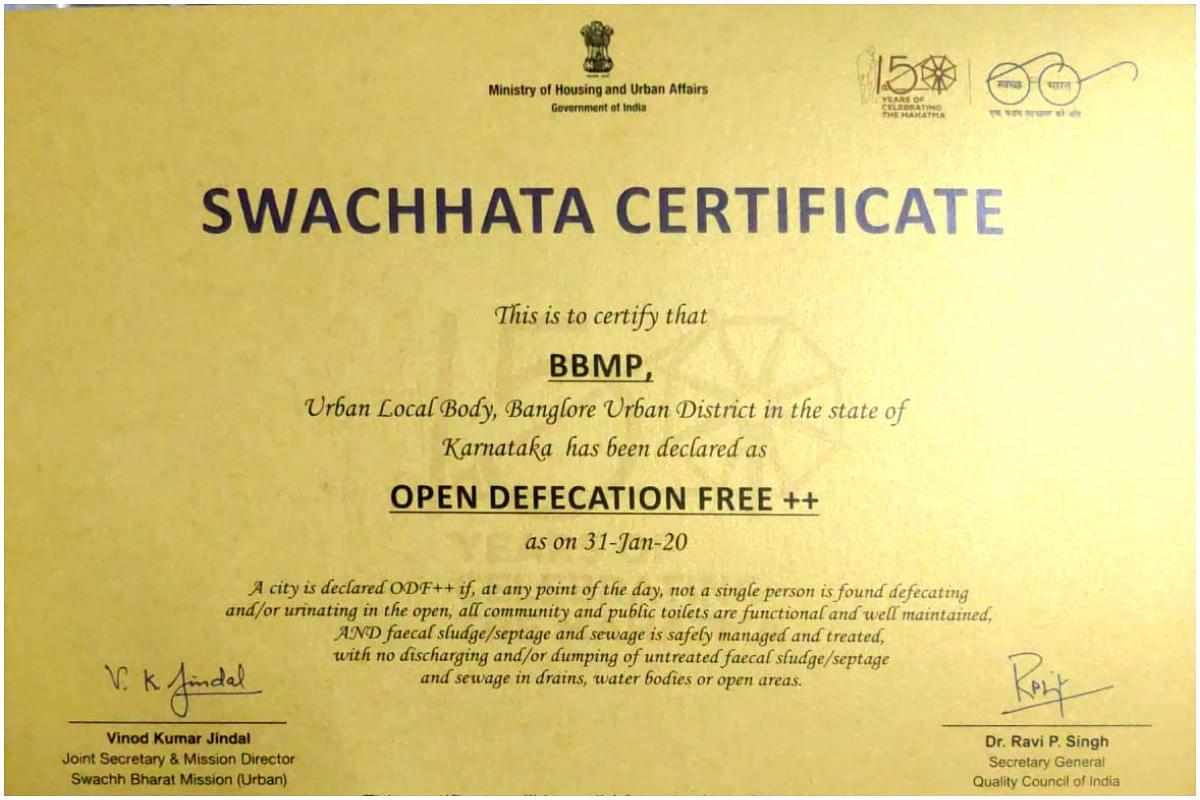 Bengaluru city was declared ODF++ by the Central government in 2020.

Taking further the cleanliness campaign to make India open defecation free and ensuring functional water tap connections in all cities, the year 2021 witnessed the launching of the next phase of Swachh Bharat Mission (SBM) and Atal Mission for Rejuvenation and Urban Transformation (AMRUT) with fanfare.

Pradhan Mantri Awas Yojana-Urban, another mega scheme of the Housing and Urban Affairs Ministry, with the aim of providing pucca houses to economically weaker sections of the society saw 90 lakh houses grounded for construction and 53.12 lakh houses completed this year.

In order to fulfill the vision of Atma Nirbhar Bharat, a total of 4,444 houses have been converted into Affordable Rental housing complexes in Chandigarh, Surat, Ahmedabad, and Chittorgarh.

This year, the Ministry has received proposals for 1,34,751 units in 18 states for construction of affordable complexes. Smart City Mission, launched in June 2015, the ambitious project of the government, saw 6,499 projects worth Rs 1,86,245 crore being tendered till date to develop core infrastructure, clean and sustainable environment and give a decent quality of life to citizens through the application of smart solutions.

The SCM has targeted to set up integrated command and control centres in 100 smart cities by 2022.

The Ministry launched the PM Street Vendor's Atmanirbhar Nidhi (PM SVANidhi) to empower street vendors, making them independent and self-sustainable and till now, 9.8 lakh vendors have received Rs 10.9 crore digital transactions out of which 41 per cent beneficiaries are women vendors.

In this year, 31 cities have been self-declared as open defecation free (ODF) and 58 have been certified as ODF since January 1, 2021.

Under solid waste management, 100 door-to-door collections has increased to 86,403 wards and 100 per cent source segregation has increased to 77,415 wards, resulting in an increase of total waste processing of 70 per cent.

The second phase of Swachh Bharat Mission-Urban 2.0 was launched on October 1 this year to adopt a universal approach and making a move towards saturation in sanitation and water availability in all urban local bodies.

The SBM-Urban 2.0 aims to provide access to sanitation facilities to serve an additional population migrating from rural to urban areas.

Complete liquid waste management in cities in less than one lakh population, remediation of all legacy dumpsites, setting up of material recovery facilities, construction and demolition waste facilities and deployment of mechanical sweepers in national clean air programme cities are main agendas of the Mission.

In 2021, the number of water tap connections and sewer connection coverage achieved 118 lakh and 97 lakh respectively.

The year also saw the completion of 612 projects involving storm water drainage and 218 projects in the non-motorized urban transport sector.