Taming The Socialist Mindset: Why E Sreedharan Is Partly Right, Yet Mostly Wrong On Railways And Bullet Trains 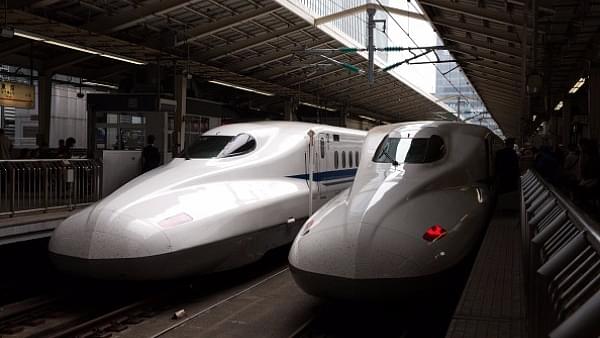 E Sreedharan, former managing director of the Delhi Metro Rail Corporation (DMRC) in an interview with Hindustan Times made some scathing remarks on the upcoming Mumbai-Ahmedabad High Speed Rail (HSR) corridor – also known as the bullet train. Sreedharan, nicknamed the Metro Man, said that the bullet train was only meant for the elite and that India needed a safer railway network.

At its face value, Sreedharan isn’t wrong. Well, not entirely at least, for India does need a safer and more punctual railway network. Decades of negligence and apathy from both officials and ministers, while at the same time launching new trains every year, overburdened the network, and Indian Railways in many sectors is already operating well beyond capacity. He said that the only technical upgrade was the addition of bio-toilets, and that India was at least 20 years behind advanced nations. A fair point, one may say, except, India is still a developing nation and has a population density far greater than most advanced nations.

At the same time, it is undeniable that the Railways have implemented a lot of changes to improve safety and reliability across its network. For instance, the government has installed a device called FogSafe in the engines of major trains in North India. FogSafe uses the global positioning system (GPS) to create a map of signals, tracks, level-crossings, and stations across the network and allows the driver to keep going even during poor visibility. Apart from this, track renewal has been going on at a rapid rate with this year’s renewal exceeding its set targets. Other measures, including the elimination of unmanned level-crossings and construction of footbridges, have the potential to bring down both accidents and delays on the network.

More importantly, under incumbent Railway Minister Piyush Goyal, the Railways is looking at a major technological overhaul, including the implementation of the European Train Control System (ETCS) level-2 signalling system that utilises signals inside the engine and factors the speed of trains as well, thus increasing the capacity of tracks while making trains safer, faster, and more efficient.

While the Railways certainly does have a lot of catching up to do, upgrades have caught pace and the network is slowly becoming more efficient every day.

However, more than the Indian Railways, Sreedharan’s statements on the HSR corridor are problematic. Sreedharan had said that the bullet trains will only cater to the elite. Ironically, this statement goes against the very argument every public transport supporter quotes; that of Enrique Peñalosa, former mayor of Bogotá, Colombia, who famously said that a developed nation is not where the poor have cars but where the rich use public transport.

But if one really needs to understand the importance of a high-speed rail line, they need not look beyond Japan.

The 550km-long line connecting Tokyo and Osaka, when it opened up in 1964, reduced travel time from nearly six hours to four hours. Today, at speeds of 285kph, it takes a little over two hours to cover the same distance. The most prominent result of the line? It turned far-flung areas into residential pockets, allowing people from practically anywhere to travel anywhere else for work on a daily basis.

On a highly congested route such as from Mumbai to Ahmedabad, the HSR corridor has vast potential, especially because Mumbai, a massive employment-generating city, has very high-priced real estate. The opening of the line would allow people to live in cities between the two termini and commute to Mumbai for work, thus allowing them to save significantly on rent.

Travelling between cities is not an unheard-of phenomenon. Many people do travel between Mumbai and Pune on a daily basis for work. Globally too, it is an accepted lifestyle. In the United States, it is quite common to come across people living in Philadelphia, Pennsylvania, and travelling 96mi (150km) to New York City.

As far as the ‘elite community’ is concerned, the HSR is slated to have fares that are 1.5 times that of the first class fare on the route. Goyal has said that it would be affordable and would make no sense if airline tickets were cheaper.

Of course, by virtue of having fares on the higher side, it would simply mean the Railways would then net more revenue.

However, this isn’t the first time Sreedharan has opposed a new project.

Once he moved out of the Konkan Railway Corporation Limited (KRCL) – undoubtedly his biggest success – his successor, B Rajaram, came up with what could have been the solution to urban India’s traffic woes, the Skybus Metro.

The Skybus Metro, a patented, suspended monorail system was presented as a concept by Rajaram at the World Congress for Railway Research in Italy in 1989. After years of research and gathering 11 patents as well as the approval of the then principal scientific adviser to the Prime Minister’s Office, Dr A P J Abdul Kalam, the Skybus Metro finally saw the light of day when a test track was built in Goa, outside of Madgaon station in 2003. Kerala had back then showed interest in the project, but during its maiden test run, a technical glitch resulted in the death of two engineers. The project, initiated by the National Democratic Alliance government, quickly got shut down and under the United Progressive Alliance government, all patents were sold and the test track dismantled.

Sreedharan, then head of the DMRCL, had said that the KRCL was misleading Kerala, going so far as to call the Skybus Metro “nonviable” because no other country had implemented it before.

In the 15 years since the Skybus prototype was built, a lot has changed. Cities are now looking at personal rapid transit (PRT) systems such as pod taxis in place of metro rail networks. While not many are comfortable with the idea of PRTs replacing high-density corridors, they have (including me) opened up to the idea that a PRT system – even one as fantastical as that of Elon Musk’s The Boring Company – could effectively serve low-density areas and act as feeder services. Despite the fact that pod taxis remain virtually untested, the NITI Aayog red-flagged it, asking for a pilot test track to be built and tested within the country.

Sreedharan’s opposition has also extended to financing projects. He has consistently opposed private participation in metro projects, saying that no company would come forward as they are not profitable. While the question about profits are one thing, it is no secret that the three privately operated metro projects in India – Reliance Infrastructure-led Mumbai Metro, IL&FS-led Rapid MetroRail Gurgaon, and L&T-led Hyderabad Metro – have managed to effectively capitalise on their real estate to cover costs of operations.

As far as the delays in construction are concerned, while many did blame the public-private partnership (PPP) for the slow progress of the first line in Mumbai, it was the delay in acquiring land on the part of the state government that slowed things down.

Sreedharan is not someone to be taken lightly, for the man has been behind India’s most challenging engineering project – the Konkan Railway – but his ideas need to be up to date. The socialist mindset of maintaining status quo, in this case not adopting newer technology such as the HSR as well as going against anything that might positively affect richer sections of the society, need to be done away with.

At the same time, when the world is changing, he must be amenable to newer ideas. Who knows? Had the Skybus Metro succeeded, Make In India for suspended monorail systems might have been a reality a decade ago.

Further Reading: To know more, the author recommends a reading of India's Railway Man: A Biography Of E. Sreedharan by Rajendra B Aklekar (2017, Rupa Publications).