The Burning Question About Electric Vehicles – What Kind Of Batteries Do We Use? 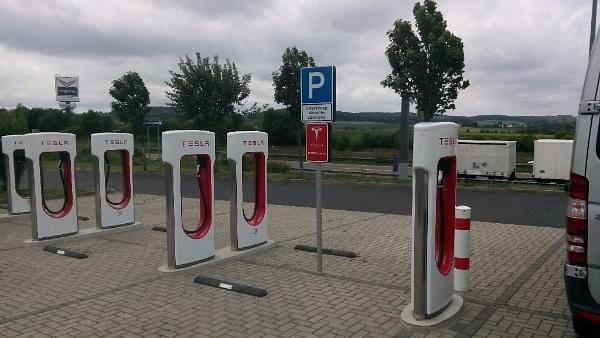 The growing emphasis on electric transport in India is raising a lot of pertinent questions. Some questions have revolved around charging stations, while some others have been about batteries. For India to set up a sustainable electric vehicle (EV) ecosystem, proper charging infrastructure needs to be put in place. Without charging stations, the plan to adopt EVs won’t go anywhere anytime soon.

Several suggestions have been made in the past to overcome this challenge, such as enabling state-run transport bodies to open up their facilities for the public to charge their vehicles, to allowing individuals to lease out parking spaces with charging facilities.

However, there is another aspect that stands in the way – batteries. What kind of batteries do we use? And do we integrate the batteries into the vehicle, thus requiring them to be charged in situ, or keep them replaceable so that a used battery can be swapped out for a fresh one, much like in the case of a flashlight?

The case with batteries in EVs is very similar to that of batteries in mobile phones. With devices becoming slimmer, batteries are being integrated into the unit, making them non-removable. Thus, when the battery needs to be replaced, it has to be done at a service centre.

So what if the battery is built-in?

Built-in or integrated batteries have a lot of advantages. For starters, they’re designed around the vehicle of which they are a part. This can be done in a way that they are integrated into the overall design with the space available.

Further, because they are integrated, they can be smaller, lighter and installed in such a way that they are not accessible to the owner. Thus, the rest of the vehicle’s components can be installed with less design specifics.

However, the major drawback would be when the battery stops working or in an emergency situation, like when it needs immediate replacement.

The upside is that since the battery is never leaving the vehicle, it will, in all likelihood, be more efficient, depending on the driver. The downside? Waiting for hours to charge it at a charging station when it runs out.

So why not keep replaceable batteries?

Battery-swapping is gradually becoming the preferred concept. The core advantage here is the time saved. If the battery needs charging, one needs to drive into an EV station, swap out the battery for a fully charged one and leave. It’s as quick as filling up the tank with petrol or diesel. However, this does come with several riders.

For starters, it would require standardisation of battery designs for a class of vehicles. Along with this, each vehicle would require its internal components placed in such a way that the battery and its connecting circuit are accessible, leading to a possible waste of space, or a lack of space for components. If there is no standardisation, then vehicles will have to come with enough space to fit a variety of batteries, thus causing more space crunch on the inside.

Further, due to this design, the battery might become heavier, which impacts the overall speed and efficiency of the vehicle. Given that each vehicle owner treats their vehicle differently, the overall efficiency of batteries will also go down faster over time.

It is too early in India to decide which of the two will succeed. The EV charging and battery swapping (EVCBS) sector needs more users to switch over before any conclusion can be derived; however, in the interest of promoting the EV sector, both need to exist to compete with each other.

At the end of the day, both types of batteries – once they outlive their life cycle – can be reused. They can move from higher-load vehicles to smaller-scale uses such as e-rickshaws and agricultural pumps. However, it is still too early to tell.