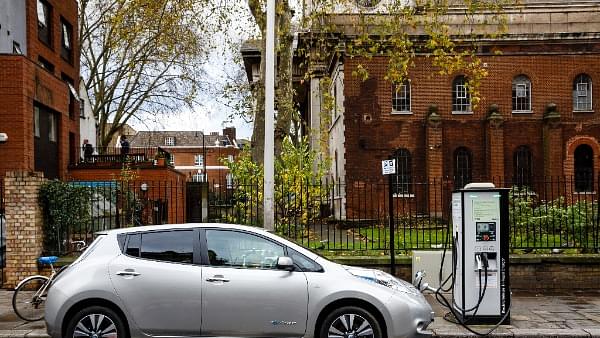 India is looking at having an all-electric car fleet by 2030, said Union Power Minister Piyush Goyal at a meeting of the Confederation of Indian Industry. The government is planning to push big on electric vehicles so that no petrol or diesel car is sold by 2030, he said at the annual session. Citing Maruti as an example, Goyal said the government had supported the car maker in its early stages, spurring the growth of a robust manufacturing sector. The Ministry of Heavy Industries and government think tank NITI Aayog are working on a policy to promote electric vehicles.

But is it possible? Certainly. Here is what needs to be done to achieve this target in the next 13 years.

Public transport, arguably the biggest beneficiary of an ‘electric-only’ shift, has a lot to offer. Its most significant advantage is that buses can be charged overnight at depots. The government is already trying to push electric buses under the FAME (Faster Adoption and Manufacturing of (Hybrid and) Electric Vehicles in India) scheme. Further, the Aayog has proposed to make some cities turn to electric entirely in the public transport sector. Since the Aayog’s plan also involves cabs and vehicles affiliated with ride-sharing companies such as Ola and Uber, the system needs to improve.

In addition, the cost of electric buses is generally quite high. In 2016, the Bangalore Metropolitan Transport Corporation (BMTC) planned to procure electric buses at Rs 2 crore each. On the other hand, the Brihanmumbai Electricity Supply and Transport (BEST) undertaking in Mumbai found a novel way to procure expensive buses. It signed a deal with a private firm to supply 50 Volvo buses in lieu of advertising rights on the buses for 10 years. Of course, only six buses reached the depots; nevertheless, it is a good start for greater private participation in the sector.

Plug In India, a content platform which promotes the use of electric vehicles (EVs), lists a total of 222 charging stations across the country, up from 194 in July 2016 and 206 in February this year. A large number of these stations actually come from service centres and showrooms of Mahindra & Mahindra, which manufactures the E2O electric car (formerly the Maini Reva).

This is where public transport can actually make a difference. Once they start operating electric vehicles, they can set up charging points for the public. With BEST opening up its depots for parking and BMTC operating multi-level parking lots at major bus stations across the city, this would be a boon. Further, several malls in major cities have charging points in their parking spaces.

In Bengaluru, certain localities such as HSR Layout, while lacking in bus termini, have a shopping complex operated by the Bangalore Development Authority (BDA) with a large parking space. Again, this space can be leveraged to provide charging facilities. Given the crumbling finances of public sector transport bodies, this would also be an additional source of revenue.

The concept can even be extended. For instance, flyovers occupy a certain amount of space beneath them. Till recently, the government operated paid parking lots in these spaces in Mumbai. A high court order later stopped this practice. The court also stated that the government could hand over these spaces to private parties for ‘beautification’ to prevent the ‘destruction of the flyover’. Ideally, these spaces should be turned into paid parking lots with charging facilities.

Bengaluru is home to India’s first and the largest electric-only cab service. Lithium Urban Technologies, operating with a fleet of over 200 Mahindra E2Os, was launched in 2015 to provide taxi services using electric vehicles. However, a lack of charging stations has made them cater only to large corporate clients who could set up charging stations on their campuses.

If bus stations, shopping complexes and malls had adequate charging infrastructure, maybe electric cabs could ply on routes with charging facilities for the general public. This would be the beginning.

Under the FAME scheme, hybrid vehicles are given a subsidy. In April this year, the government withdrew subsidy to vehicles classified as mild hybrids – vehicles equipped with a battery that is insufficient to power the motor but able to ‘assist’ the regular fuel-powered engine and thereby reduces fuel consumption. If the government wants to focus purely on electric vehicles, the subsidy must be on par with those of hybrids. Further, fuel-based vehicles need to be taxed for emissions. This will invite larger foreign players to invest in the Indian market.

Nissan’s electric car, the Leaf, has been popular in neighbouring Sri Lanka for close to four years. As of 2017, Nissan is still considering a pilot test run for the Leaf in India. In 2016, Nitin Gadkari even invited Elon Musk’s Tesla Motors to India, offering them land near ports to set up a manufacturing base.

India has shown that it’s willing to embrace new government initiatives. Goyal’s own ministry has demonstrated this with the large-scale adoption of LED bulbs under the Domestic Electric Lighting Programme (DELP). While electric vehicles are in no way comparable to bulbs, the model can definitely be replicated across sectors.

At the same time, simply incentivising a new technology will not help sustain the movement. It needs to be made a viable alternative to fuel-based vehicles. For that, a plan to tax fuel more and make it costlier, with the earnings rerouted to subsidise electric vehicles, might work. Also, the issue of charging stations still remains to be solved. Manufacturers will not invest if they don’t see a viable future for electric vehicles. This future is possible only if the availability of charging technology is improved. The demand-and-supply problem will take care of itself if the sector receives a little nudge in the right direction.