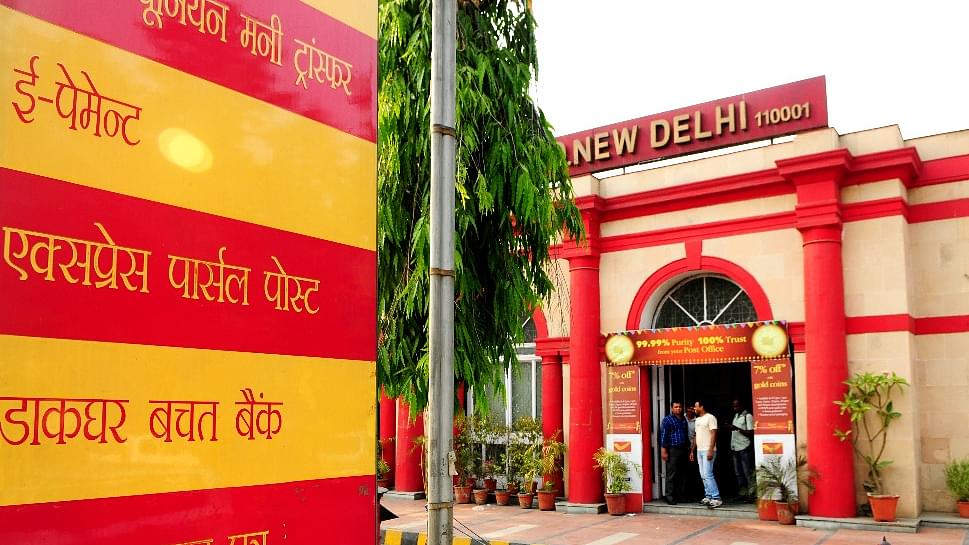 Four years back, India Post, a 164-year-old institution was almost about to die and with the growing use of internet, smartphones, messaging and social networking apps even in the rural parts of the country, there was no hope of its revival. But then Prime Minister Narendra Modi took the decision of revamping India Post and transforming it into a multi-service centre. In September 2014, Modi formed a task force to explore the possibilities of leveraging the existing postal network. After two months, on 4 December 2014, the task force headed by T S R Subramanian submitted its report to the Ministry. The report had suggested that for leveraging India Post’s vast network cost effective and innovative solutions should be provided in the field of banking, insurance, and e-commerce. In his 2015 union budget speech, Finance Minister Arun Jaitley announced that India Post will use its large network to run payments banks which was also crucial for the success of the financial inclusion drive of the government.

Following which, began a systematic process of revamping India Post. In his 2016 Independence day speech, PM Modi shared the status of this transformation from the red fort and said: “Post Office is an example of our identity. We have revived and rejuvenated our post offices. It is now linked with poor and small persons. If any government representative gets the affection of a common man in India, it is the postman. Everyone loves a postman and the postman also loves everybody, but we never paid attention towards them. We have taken a step to convert our post offices into payment banks. Starting of this payment bank will spread the chain of banks in the villages across the country in one go”. It was a big decision and a great ray of hope for close to 4,48,840 postmen/staff working in the 1.55 lakh post offices in the country.

Within two days of this announcement, India Post Payments Bank (IPPB) was incorporated as a public limited company by the Department of Posts. IPPB started its operations on 30 January 2017 by opening two pilot branches, one at Raipur and the other at Ranchi. In 2013, during the United Progressive Alliance (UPA) rule, a proposal to open India Post payments bank got rejected on the grounds that the department did not have the expertise to provide banking services. In contrast, under the Modi government, India Post Payments Bank is soon going to roll out around 650 branches across all districts of the country. IPPB aims to cover social sector beneficiaries, migrant laborers and unorganised sector employees, micro, small and medium Enterprises(MSMEs), Panchayats, low-income households in rural areas and the unbanked and under-banked segments of the country.

Reach and reliability are the two key characteristics of India Post. Indian e-commerce companies like Amazon, Flipkart, Yepme, Shopclues, Naaptol and a number of several other brands, which were struggling to reach remote areas of the country in a cost-effective way, have partnered with India Post for the smooth delivery of their parcels. India Post has a reach across tier-2, tier-3 cities, as 90 per cent of the post offices are situated in these cities. This has helped e-commerce brands to access the customers living in the untapped regions of the country.

To fit into the e-commerce supply chain model, India Post has made some significant infrastructure improvements too. Around 34 major land routes have been established for the transmission of parcels, more than 950 mail vans fitted with global positioning system(GPS) devices for online mail monitoring and 57 integrated state-of-the-art parcel centers have been set up. According to some 2016 estimates, on an average, Amazon sends 3,00,000 parcels through India Post every month followed by Snapdeal (80,000), Yepme (60,000), Myntra (50,000) and Flipkart (30,000). This win-win partnership between India Post and E-commerce companies has proven successful. By 2016, India Post’s revenue from e-commerce players reached Rs 10 billion (US$150 million), up from Rs 5 billion (US$77 million) in 2014-15. And e-commerce companies have witnessed a drastic reduction in their logistics costs combined with the benefits of wider reach across the country.

To transform the postal department into a multi-service agency, the government has launched a rural information and communication technology (RICT) project which aims to digitise 1,29,380 rural post offices by supplying computers and handheld computing devices, solar charging devices, network connectivity and deployment of software for the Mahatma Gandhi National Rural Employment Guarantee Scheme (MGNREGS), electronic money order (eMO) etc. All rural post offices across the country are targeted to get digitally connected. As of December 2017, 40657 branch post offices have been rolled out under the RICT project.

The government has decided to offer the services of common service centers (CSCs) through post offices too. People from rural areas will be able to access all the e-services provided by the government, at their local post offices. This will have many benefits as there is no need for additional infrastructure for CSCs in all areas because India Post’s widespread network will enable the government’s e-services to reach the remotest corners of the country. Today, India Post has become a single access point to access pension, banking and insurance services, along with information on several other citizen-centric schemes.

For its business customers, India Post has launched some unique services including e-post, business post, logistics post, e-payment, cash on delivery, Book Now Pay Later scheme and Media Post kind of facilities. E-post is a combination of an electronic and physical message. E-post allows corporate customers to send messages as a soft copy through the internet which will be delivered to the addressee in the form of a hard copy through post offices. Business Post provides complete mailing solutions to both small businesses as well as large companies. Logistics Post provides services for the management of the entire value chain, from collection to storage to transmission to distribution.

Two years back, India Post launched an innovative scheme to deliver holy Ganga Jal from Gangotri and Rishikesh to people’s doorstep too. This is the first product in which India Post is involved in end-to-end processing from bottling to transportation to sale. Through India Post’s e-shop, people can also buy stamps and IPO (Indian Postal Orders) as well as pay their postal life insurance premium online. With all these improvisations, India Post’s services are continuously improving, which is reflected in its current revenue growth. In 2015, a Comptroller and Auditor General (CAG)report (which compared the performance and quality of speed post service with private courier agencies) tabled at Parliament mentioned that Speed Post is much faster and more reliable than private courier services.

India’s model for financial inclusion is based on the ‘1 billion-1 billion-1 billion' vision, that is one billion unique Aadhaar numbers linked to one billion bank accounts and one billion mobile phones. For promoting the “taking banking to your doorstep” mission of the government, India Post is playing a crucial role. The Department of Posts has a rural network of 1.39 lakh post offices in rural India. Its rural business division is working to provide accessible and affordable financial services through this network.

IPPB is effectively leveraging India Post’s pan-India network, rich experience of cash handling and savings mobilisation to speed up the financial inclusion drive of the government. Once the proposed expansion plan of IPPB is complete, it will be the largest financial inclusion network in the country, covering both urban as well as the rural hinterland. It can give good competition to traditional banks particularly in the smaller deposits. The unique selling proposition of IPPB will be its ability to ease access and promote the adoption of new age banking and payments instruments among citizen of all walks of life through delivery by postmen or the grameen dak sevak, savings agents and other franchisees who believe in the motto “No customer is too small, no transaction is too insignificant, and no deposit is too little”.

Also Read: Is US Postal Service A Marvel? No, Much Like Kerala State Road Transport Corporation