Towards An Industrialised AP: Adani Group Picks Up 90 Per Cent Stake In Gangavaram Port At Rs 5,600 Crore 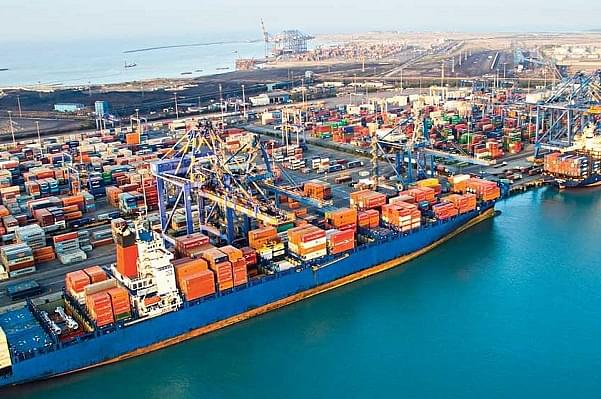 ASPEZ will acquire 58.1 per cent stakes at a cost of Rs. 3,604 crore. Previously held by DVS Raju and family, ASPEZ has also previously acquired a 31.5 per cent stake from Warburg Pincus on 3 March 2021, and now owns 89.6 per cent of all stakes in Gangavaram port.

“The acquisition of GPL is a further augmentation of our vision of capitalizing on an expanded logistics network effect that generates greater value as it expands. Every additional node that we are able to add to our network allows us to deliver a greater level of integrated and enhanced solutions to our customers.” Karan Adani, CEO and Whole Time Director of ASPEZ said.

Gangavaram Port is the second largest non-major port in Andhra Pradesh after Vizag port, with a capacity of 64 MMT (million metric tonnes). It is located in the northern part of Andhra Pradesh.

The port was also established under a concession from the Government of Andhra Pradesh, which extends till 2059. The port operates at nine berths, and free-hold land of 18,00 acres with a master plan capacity of up to 250 MMT, with sufficient headroom for growth.

Karan Adani also said that GPL was a tremendous addition to their portfolio, and that its association with the hinterland will now help it become one of the fastest-growing ports in the eastern region with the potential to become a 250 MMT port. This will undoubtedly help accelerate the industrialisation of Andhra Pradesh.

“Ports play a major role in shaping the future. Through APSEZ’s 89.6 per cent stake in Gangavaram port, the Adani Group will greatly expand its pan-India cargo presence. As India’s largest private sector port developer and operator, we will accelerate India’s and AP’s industrialization,” tweeted Gautam Adani, chairman and founder of the Adani Group.

Ports play a major role in shaping the future. Through APSEZ's 89.6% stake in Gangavaram port, the Adani Group will greatly expand its pan-India cargo presence. As India's largest private sector port developer and operator, we will accelerate India's and AP's industrialization. pic.twitter.com/bbTrYz6RFc

The port is also debt-free with a cash balance of Rs. 500 crore, Business Standard reported.