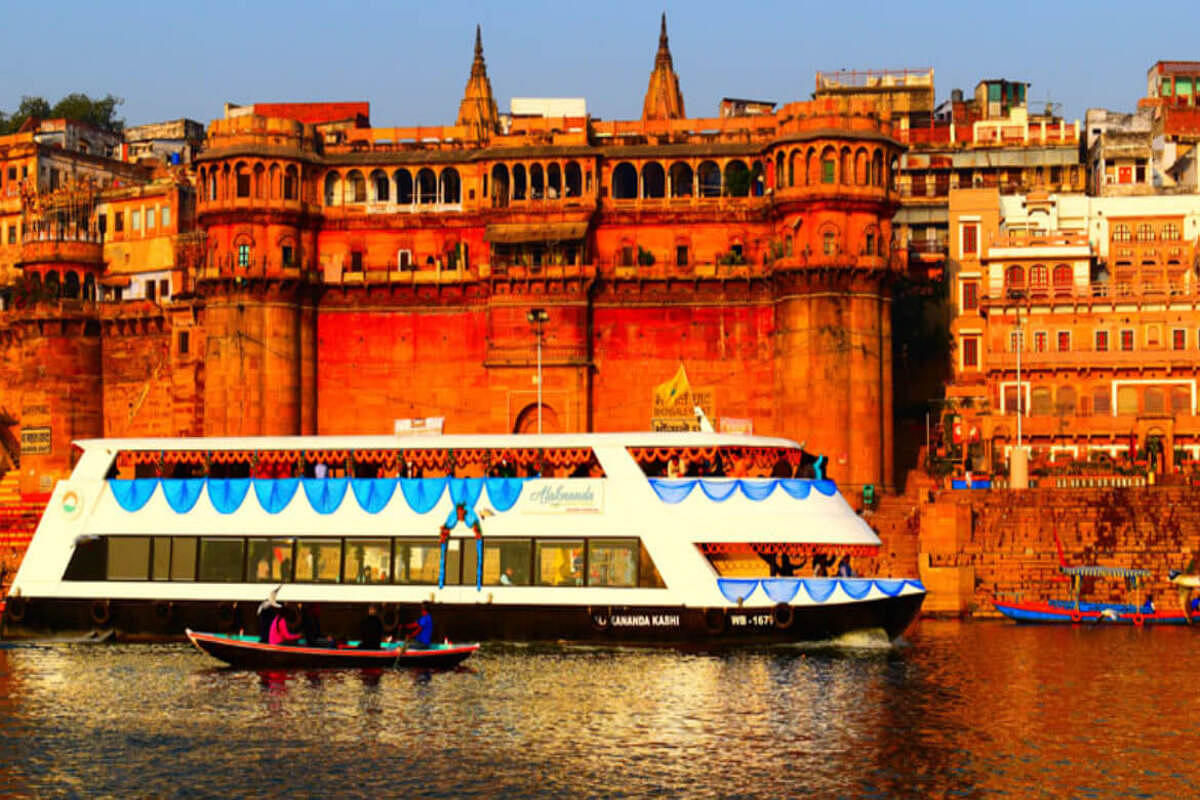 The route will connect rivers Ganga and Brahmaputra via Indo- Bangladesh Protocol Route (IBRP), the Minister of Ports, Shipping and Waterways (MoPSW) stated.

The service will usher in a novel opportunity for the people of Assam to use inland waterways for promoting their trade, tourism and cargo transportation, Sonowal said, launching multiple projects for the development of area in and around the Bogibeel bridge in Dibrugarh district.

The Union Minister, during the day, laid the foundation stone for the construction of floating jetties at Bogibeel and Guijan, besides inaugurating the Bogibeel Riverfront Passenger Jetty, which has been built by the Northeast Frontier Railways (NFR) as part of the development initiatives near the bridge.

Sonowal, on the occasion, said Prime Minister Narendra Modi’s vision to harness the potential of an economic and ecologically sound logistics avenue of inland waterways is being realised through the Gati Shakti National Master plan.

“The Gati Shakti plan is exactly the key to unlock the huge potential of inland water transportation in Assam using National Waterways 2 on our river Brahmaputra.

We must tap this opportunity and build an economic advantage which will power the whole of Northeast India as the New Engine of growth for India,” he said.

He maintained that the BJP government is also identifying avenues to promote inland navigation and river cruise tourism and to construct suitable terminals across the Brahmaputra.

The two floating jetties at Bogibeel in Dibrugarh district and Guijan in Tinsukia will be constructed as state-of-art terminals at an estimated cost of Rs 8.25 crore with advanced and updated technology.

The Minister said the project is scheduled to be completed by February 2023. The Inland Waterways Authority of India is constructing both jetties (IWAI).

According to an official statement, the project was awarded to Coastal Consolidated Structures Pvt. Ltd on an EPC basis (engineering, procurement, construction).

He added that plans are also afoot to build an open platform, a restaurant, eight bio-toilets and six awnings as part of the riverfront development initiatives near the bridge.

The Minister of State For Petroleum and Natural Gas and Labour, Rameswar Teli and the General Manager of NF Railways Anshul Gupta were present.

It is also proposed to build a permanent cargo terminal at Bogibeel to facilitate cargo transportation from nearby businesses like Brahmaputra Cracker and Polymer Limited and Brahmaputra Valley Fertilizer Corporation, among others, reports Economic Times.

A Detailed Project Report (DPR) is being done in this regard. The proposed tourist terminal in the vicinity of the Guijan Ghat is located on the banks of river Lohit.

The Project Influence Area (PIA) for Bogibeel terminal is upper part of Assam which forms the Dibrugarh and encompasses districts of Golaghat, Jorhat, Sibsagar, Dibrugarh, Tinsukia and parts of Nagaland.

Similarly, the huge potential of inland navigation, river cruise tourism on Lohit and Brahmaputra will be explored, development of jetties along the way to be considered and the opportunity for an ecologically sensitive economic development of the region is aimed to be tapped.

The river Brahmaputra was designated as National Waterway No. 2 (NW-2) on 1 September 1988. Its length is 891 kilometres between Bangladesh's border and Sadiya.

According to the IWAI legislation of 1985, IWAI is implementing numerous development projects on the canal to improve its navigability (82 of 1985). The development of the canal for navigation is IWAI's responsibility under the IWAI, Act of 1985.

The Assam government, the Army Border Security Forces, a tourism organisation, and various private operators are currently using vessels on the waterway. Regular trips between Pandu and Majuli island near Neamah are made by large tourist cruisers.

Over dimensional cargo (ODC) is occasionally moved over the waterway from October to May.