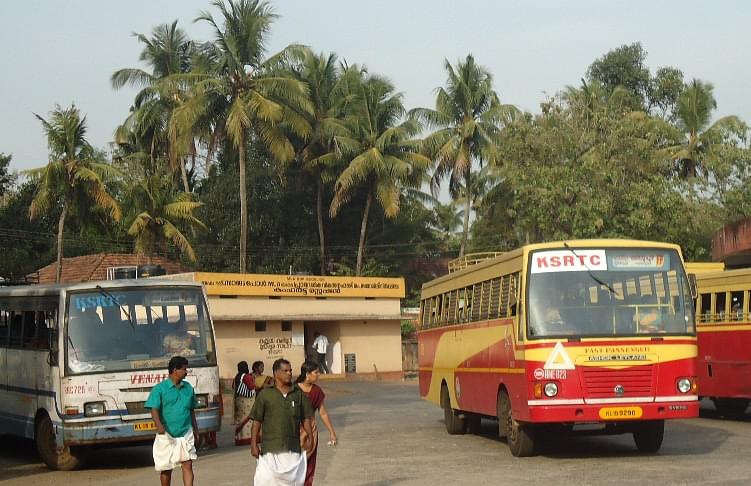 The Kerala State Road Transport Corporation (KSRTC) is continuing its downward spiral, despite the huge financial support and ‘reforms’ that the ruling Left Democratic Front (LDF) government initiated. The performance indicators of the largest public sector undertaking (PSU) in the state clearly show a company beyond saving, one whose continued existence is due to the unflinching commitment to the delusion of a ‘turnaround’ that the ruling dispensation and the opposition (Congress-led United Democratic Front) share.

The KSRTC has failed to improve its financial position substantially compared to the past year. In virtually every metric measuring the efficiency of the PSU bare out its pitiful state. It has posted a mammoth loss of Rs 540.15 crore in the 2016-17 financial year, an improvement from the past financial year’s operating loss of Rs 613.14 crore, but certainly not a “revival” that was mooted by the government.

The average earning per vehicle in a day declined from Rs 11,191 to Rs 10,925 in 2016-17. This is despite the number of routes and schedules operated by the corporation increasing, along with the net addition of around 260 buses that year.

This is not to say that the LDF government has not attempted to reform the loss-making corporation – the double duty system, which entitled workers to work 24 hours straight which entitles them to a day off, has been scrapped for mechanical staff, despite strikes by trade unions. The government is also sticking to its decision to raise the pension age of the employees to 60 which will save around Rs 200 crore annually, undeterred by opposition walkouts. The government, which bears half of the pension burden and backs the rest by way of loan guarantees, has decided to limit the pension to a maximum of Rs 25,000.

However, there has to be a political will to back a substantial restructure of the corporation, which would entail the firing of 10,000 workers, shelving unprofitable routes, as well as a significant increase in fares.

There was a fare increase that the state government was forced to concede to in February, but the KSRTC stands little to gain from it. The revenue of the corporation will increase by Rs 25 lakh monthly, but the fuel costs has increased to Rs 3.19 crore. Not to mention that KSRTC owes Rs 173 crore to oil companies, and the Supreme Court had directed that it pay out Rs 52 crore to them immediately. The Kerala High Court also intervened in January to direct that the pension dues be paid out, disregarding the financial position of the PSU. The State Human Rights Commission has also been on the corporation’s case, dictating that bus seats be ‘clean’ and even going as far as directing bus routes!

There are also a variety of corruption investigations going on with respect to the purchases. Purchases of paint in 2012, 2013 and 2014 are being investigated, as well as an alleged theft of diesel by employees in Kozhikode depot. Around 200 employees of KSRTC are operating as private bus owners, according to a report in April 2017 . It was in May 2017 that employees were sabotaging the KSRTC buses during a strike against the introduction of the single duty system.

This, when the corporation is stuck in a vicious debt trap, which is only set to aggravate.

The corporation is set to take another Rs 3,350 crore loan from a consortium of banks, backed by government guarantees, in order to restructure the Rs 2,996 crore loans due to a variety of financial institutions. The loan will have a 20-year repayment period with a nine per cent interest.

The management of the corporation is also requesting the state government for the re-nationalisation of long distance routes in order to boost its earnings. The nationalisation of these routes, however, may not help boost the earnings significantly. The KSRTC already operates a variety of nationalised routes in Thiruvananthapuram, but the district unit still remains unprofitable.

The introduction of brand new premium services has not seen any improvement in the corporation’s situation. An inter-state premium AC bus service, launched in November 2017 under a wet lease from Scania to compete with private operators, has also run into the ground, with the loss from this venture is estimated to be Rs 13 lakh per month.

The “revival” may never happen.