136-KM Western Peripheral Expressway Around Delhi To Be Inaugurated Today 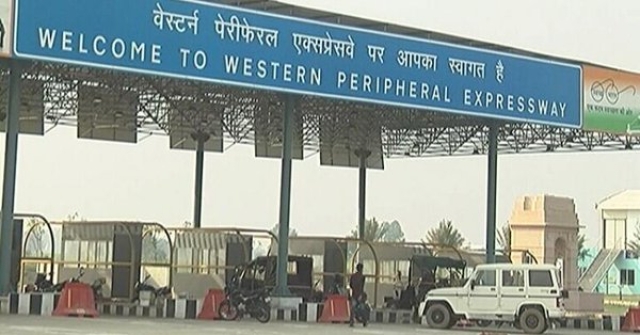 Gate to the Western Peripheral Expressway

Over 12 years after it was launched, the Kundli-Manesar-Palwal Expressway, a 136-km green and smart road intended to ease traffic by bypassing Delhi on its western border, is set to become fully operational as Prime Minister Narendra Modi inaugurates it today.

Also called Western Peripheral Expressway, it connects Kundli with Palwal. In April 2016, the 53-km stretch of the expressway connecting Palwal and Manesar, which was completed at a cost of Rs 457.81 crore, was opened.

The 134 km-long Easter Peripheral Expressway was opened to traffic in May this year by Prime Minister Narendra Modi. Since it became operational, there has been a reduction of around 20 per cent trucks entering Delhi. Together, both expressways form a 270 km-long beltway around the National Capital Territory.

This news comes just days after Prime Minister Narendra Modi, unhappy with the delay, asked Cabinet Secretary P K Sinha to review the WPE project and make sure it is completed by the end of September. He had also chaired a review meeting on the project on 29 August, reports say.

The project was conceived during the Prime Ministership of late Atal Bihari Vajpayee in 2002 and was to be completed by 2009. However, like most other infrastructure projects, the expressway continued to hang fire during the 10-year rule of the Congress government led by Bhupinder Singh Hooda in Haryana and the United Progressive Alliance headed by Sonia Gandhi at the Centre between 2004 and 2014.

The Haryana government has approved the development of five cities on 50,000 hectares each side of the Western expressway, which would cover eight districts of the state namely Sonepat, Rohtak, Jhajjar, Gurugram, Rewari, Mewat, Faridabad and Palwal.

In May this year, the 135-km Eastern Peripheral Expressway (EPE) was completed and dedicated to the nation.

The Eastern and Western Expressways were envisioned keeping in mind reducing traffic on city roads and to make a complete ring of Delhi. The project was completed and delivered in 910 days.

The EPE and WPE combined together effectively form an Outer Ring Road around Delhi with a total length of 270 km, of which about 183 km passes through Haryana and the remaining 87 km through Uttar Pradesh.