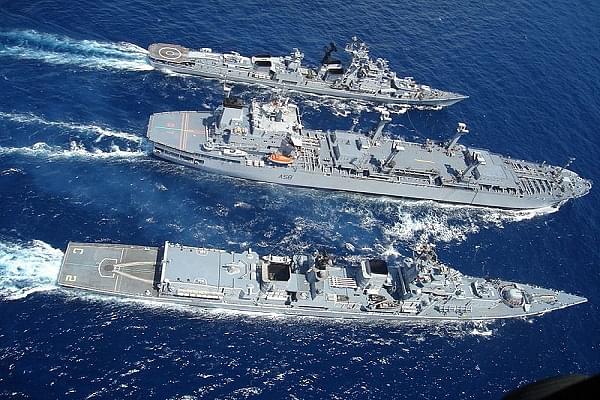 Indian Navy is all set to further grow bigger and stronger in capabilities and expanse, as it works on a mega plan to significantly boost its operational capabilities by inducting in newer warships, submarines and aircraft, reports Press Trust of India.

Under the said plan which was discussed by the top naval commanders at a three-day conference, the Navy aspires to have 200 ships of varied kinds, 500 aircraft units and 24 attack submarines.

The conference concluded on Thursday (25 April) and also took up discussions and plans to incorporate big data analytics and artificial intelligence for bettering its performance in the domains of logistics, active combat et cetera.

Defence Minister Nirmala Sitharaman also attended the conference and addressed it on the opening day. She complimented the navy for maintaining high operational readiness, while also appreciating the strides made in the areas of indigenisation and support to 'Make in India' initiative.