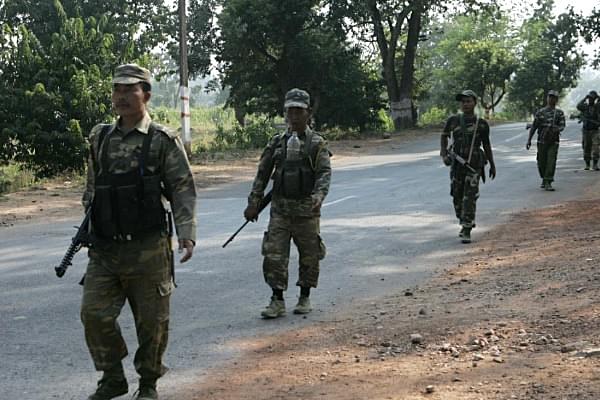 Twenty-one security personnel, including seven from the Central Reserve Police Forces (CRPF), are missing following the nine hours of a gunbattle with Maoists in their core area in Chhattisgarh's Bijapur a day ago. The encounter resulted in the loss of lives of five security personnel and injuries to 20 others.

“Search parties have been sent to the forest, where the encounter took place, to look for the missing personnel this morning,” state director general of police DM Awasthi told News18.

The injured are stated to be out of danger, and a fresh Cordon and Search Operation (CASO) has been launched by a joint team of Central Reserve Police Force (CRPF) and state police's District Reserve Guard (DRG) as well as the Special Task Force (STF) personnel.

"We have launched a fresh operation this morning to find out seven missing CRPF personnel. We had to stop Saturday's operation temporarily because of the night. We have so far lost two CRPF and three DRG personnel and all injured are now out of danger," CRPF IG (Operations) C.G. Arora told IANS.

Of the two CRPF personnel, who lost their lives in the Saturday gun battle with Maoists, Arora said one belongs to the Central Armed Police Force's elite unit CoBRA (Commando Battalion for Resolute Action) and the other was from its Bastaria Battalion.

Expressing condolence over the death of security personnel in the operation, Union Home Minister Amit Shah on Sunday said that "fight against enemies of peace will continue".

"I bow to the sacrifices of our brave security personnel martyred while fighting Maoists in Chhattisgarh. Nation will never forget their valour. My condolences are with their families. We will continue our fight against these enemies of peace & progress. May injured recover soon," Shah tweeted.

I bow to the sacrifices of our brave security personnel martyred while fighting Maoists in Chhattisgarh. Nation will never forget their valour. My condolences are with their families. We will continue our fight against these enemies of peace & progress. May injured recover soon.

At least two Maoists' bodies were also visible on the spot near the Tekulgudem village under Tarrem police station where the shootout began at noon on Saturday in a deep forested interior area with a group of over 300 Maoists. There are reports of heavy damage to the Maoists.

It was a joint anti-Maoist operation conducted by the CRPF's CoBRA unit, the DRG and the STF of state police.

"It was a dense forested area where the incident took place. This is the core Maoist area. This is an interior place inside the jungle where access is very limited. Helicopter support was also provided to the party," Arora said.