70 Illustrious Years of NCC: Anniversary Celebrated Across The Country 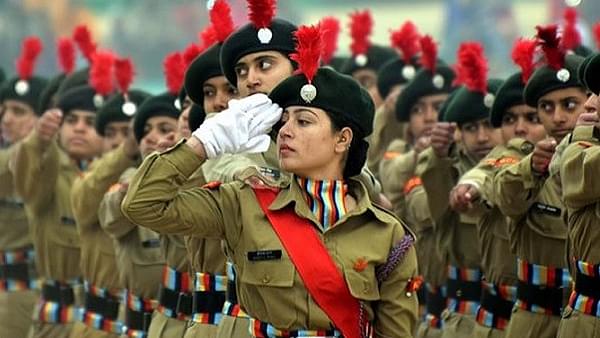 NCC cadets in a parade. (Image via @proshillong/twitter)

National Cadet Corps (NCC) celebrated its 70th Anniversary on 25 October 2018. Started in 1948 under the National Cadet Corps Act, it has made tremendous contributions to Defence and also to social development. Director General NCC Lt Gen PP Malhotra laid a wreath on behalf of the entire NCC fraternity, as reported by PIB.

The Anniversary was celebrated all over India with cadets participating in marches, cultural activities and social development programmes, as given in the press release by the Press Information Bureau.

During the current year 2018, the NCC cadets have contributed a lot in Kerala floods relief operations. The cadets have also participated in social initiatives of central government such as Swacchta Abhiyan, Swasth Bharat Yatracyclothon and played a vital role in spreading awareness about various government initiatives like digital literacy, yoga, blood donation camps and immunisation programs, etc.

The multidimensional activities ranging from sports to extracurricular activities and varied curriculum of NCC provides unique opportunities to youth for self-development. In the many years of existence, cadets have done the nation, and the NCC proud by their profound achievements in the field of sports and adventure and have won many laurels in these fields.