70 Per Cent Of Pakistan Is Ideal Breeding Ground For Jihadis: Government Data 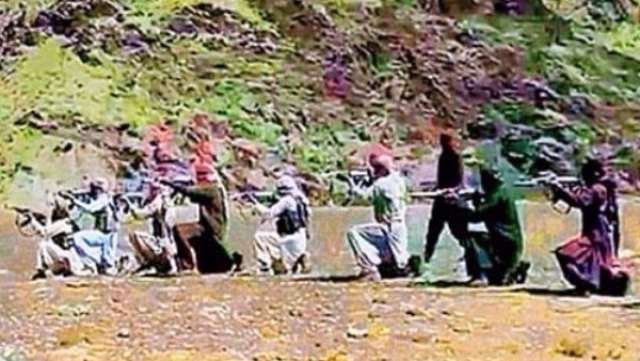 Poverty statistics of Pakistan for fiscal year 2014-15 appear to suggest that at least 70 per cent of the country is an ideal breeding ground for militants and jihadis.

While the country’s armed forces continue to seek ways to neutralise this threat, the civilian administration has not been able to effectively raise the standard of living of a majority of the people after it was weakened by more than a decade of militancy and terrorism.

Last year, an estimated 60 million Pakistanis were said to be living below the poverty line, posing a significant development-related challenge to Prime Minister Nawaz Sharif and his government.

According to data from the Pakistan Social and Living Standards Measurement (PSLM) survey for the 2014/15 period, the country's Multidimensional Poverty Index (MPI) stands at 0.197, which means that the poor people in Pakistan experience 19.7 per cent of the deprivation that would be experienced if all people were deprived in all indicators.

Using the same data from the 2014/15 PSLM survey, it was found that 38.8 percent of the population of Pakistan is poor, according to the MPI, and average intensity of deprivation per poor person was 50.9 per cent.

The observers and experts who have analysed the connection between poverty and the eventual surfacing of militant and jihadist elements, are convinced that Pakistan’s religious schools, madrasas, play a role contrary to what they were originally intended to do.

Some of these schools have very close ties with radical militant groups which essay critical roles in sustaining existing international terrorist networks.