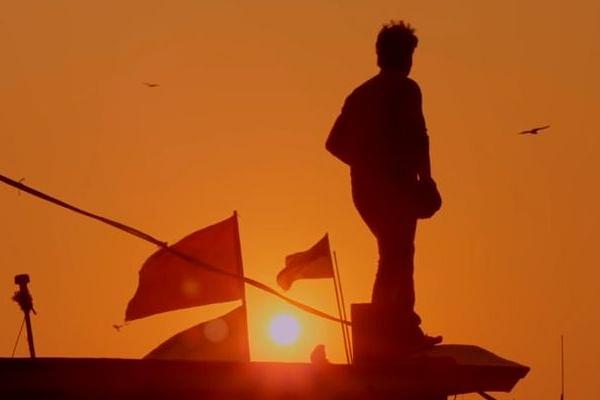 Arjun Kapikad starrer Tulu movie, ‘Karne’ will be a milestone 100th film, when it hits cinemas on 16 November reported the Hindu. ‘Karne’ is produced by Rakshith S. Kotian and Rakshith H. Salian, and Sakshath Malpe has directed the movie.

The first Tulu movie ‘Enna Tangadi’ was produced and directed by S.R. Rajan. After its historic release in Mangaluru’s Jyothi theatre on 19 February 1971, it took 47 years for Tulu cinema to reach a milestone century of films. On 2 May 2014 the 50th Tulu film ‘Brahmashree Narayana Guruswamy’ was released. Since then, the industry has witnessed a release of 50 movies in five years.

Tulu cinema is famous among the 18.46 lakh Tulu-speaking people, who are spread over various parts of the country. There is a heavy concentration of Tulu-speaking people in West Asia, along with Tulu’s origin place in south-west Karnataka and Kasaragod district in Kerala.

The success of the May 2011 release film- ‘Oriyardori Asal’ created a record as the first Tulu film to be screened for 175 days. Since then, Tulu cinema industry has sprung into new life. Oriyardori Asal is based on a popular Tulu drama of the same name by Vijaya Kumar Kodialbail. The trendsetter movie then led the growth of Tulu Film Industry.