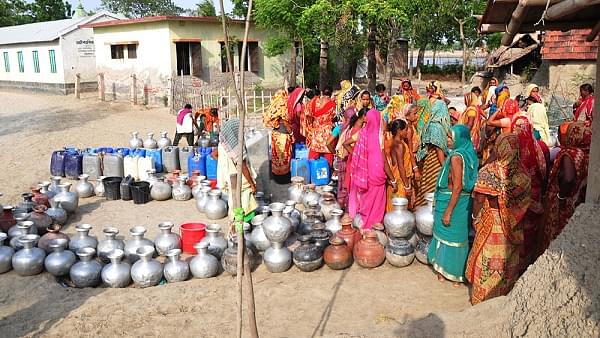 According to a new report, India is the most water-stressed nation in the world with around one billion citizens in the subcontinent living with water scarcity during at least one part of the year.

“With one billion people living in water scarcity during at least one part of the year and around 600 million living in areas of high-to-extreme water stress, India is suffering from the worst water crisis in its history,” said the report titled Beneath the Surface: The State of the World’s Water 2019. It was published by global non-profit organisation WaterAid.

The report also notes that around four billion people in the world live in physically water-scarce areas and 844 million don’t have access to clean water close to home.

Commenting on the over-exploitation of groundwater resources in the Upper Ganges (India) region, the report says that the amount of water taken out of these aquifers is more than five times the amount that goes back in through natural rainfall and melting snow.

“Investing in water, sanitation and hygiene needs to be a priority if we are to achieve the promises made in the UN Sustainable Development Goals, to eradicate extreme poverty and deliver a fairer, more sustainable world,” concluded the report.

Also Read: Lending A Helping Hand To Farmers: How Art Of Living Is Giving A New Lease Of Life To Water Sources