A Planet Full Of Rubies And Sapphires? Researchers Discover ‘A New, Exotic Class Of Super-Earth’ Outside Milky Way 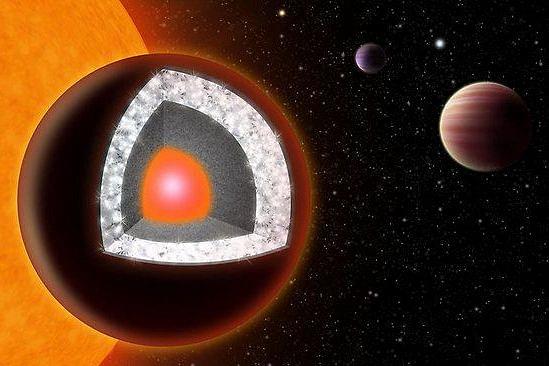 Researchers have discovered a new planet outside our solar system in the constellation Cassiopeia, according to a study published in the journal Monthly Notices of the Royal Astronomical Society: Letters.

The exoplanet- dubbed as HD219134 b - is located at a distance of 21 light years from Earth and has a mass almost five times that of our planet.

In contrast to the Earth, the newly discovered planet, in all likelihood, does not have a large core of iron, but is rich in calcium and aluminium alongside magnesium and silicon, reports India Today.

"This is why such planets cannot, for example, have a magnetic field like the Earth," said one of the researchers, Caroline Dorn, an astrophysicist at the University of Zurich in Switzerland.

"In our calculations, we found that these planets have 10 to 20 per cent lower densities than Earth," Dorn explained.

Because the inner structure is so different, these exoplanets' cooling behaviour and atmospheres also differ from those of normal super-Earth. The team, therefore, speaks of a new, exotic class of super-Earths formed from high-temperature condensates.

"Perhaps, it shimmers red to blue like rubies and sapphires because these gemstones are aluminium oxides which are common on the exoplanet," said Dorn.