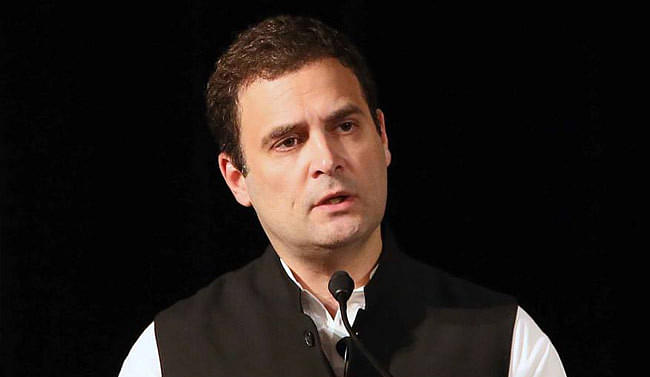 Rahul Gandhi's speech during no confidence motion attacking the Prime Minister concluded with a hug and handshake. The dramatic move of the Congress President surprised the members of the house. Earlier in the day, the hashtage #BhookampAaneWalaHai was trending, anticipating some sort of drama from Gandhi's speech.

Rahul started his speech by accusing the PM of throwing Jumlas at the people regarding jobs and redistribution of black money recovered from abroad. He claimed that traders and farmers had complained to him about their hardships when he had visited Surat. Further, he claimed that GST had destroyed small traders. Gandhi accused the PM of working only for rich businessmen.

The Congress President attacked the Bharatiya Janata Party President Amit Shah for alleged gains made by his son. The defence minister was also accused of "speaking untruth" regarding the Rafale deal. The defence minister was later invited by the speaker to provide her response to Rahul Gandhi's accusation. Rahul Gandhi alleged that some businessmen had benefited from the Rafale deal and Hindustan Aeronautics Limited was denied the contract.

Toward the end of his speech, Rahul alleged that the announcement regarding minimum support prices for farm produce was also aJumla as he had allocated only 10,000 crore for the scheme. In comparison to the centre, Karnataka had allocated 34,000 crore, he claimed.

Rahul added that condition of women had deteriorated under the Modi government and claimed that India was the worst country for women based on media reports. Further, he accused that PM had not condemned various atrocities happening in the country.