A Triumvirate Of Surgical Strikes In Land, Sky And Space Has Been Made Possible By A Decisive Government: PM Modi 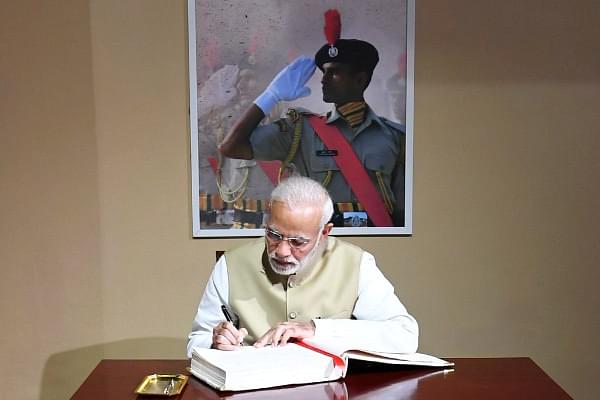 Kick-starting his campaign to seek a second successive term, Prime Minister Narendra Modi asserted that it’s because of a decisive govt in the Centre for the last five years, India is steadfasting towards game changing objectives like Mission Shakti, reports Hindustan Times.

Addressing a huge gathering in Meerut, the PM said, “The Chowkidar has shown immense courage to carry out a triumvirate of surgical strikes -- in land, through sky and in space”.

Continuing his verbal attack on the opponents, Modi said, “Nation has seen enough of sloganeering governments. And now, it’s the time to see the one that takes prompt decisions”.

PM even took a jibe on opposition leaders like Congress president Rahul Gandhi and TMC supremo Mamata Banerjee for raising doubts over the Balakot airstrikes and A-SAT launch. “They are confused if A-SATs are the ones used in theatres. Don’t know whether to cry or laugh at their confusions over space mission and theatre” said Modi.

Making mockery of the grand alliance of the Samajwadi Party, Rashtriya Lok Dal and Bahujan Samaj Party, Modi made out an acronym SaRaB and said, “staying away from SaRaB during elections is good for the holistic wealth of the nation”.