A Village Different From Others: How This Uttarakhand Village Bucked The Trend To Achieve Economic Prosperity 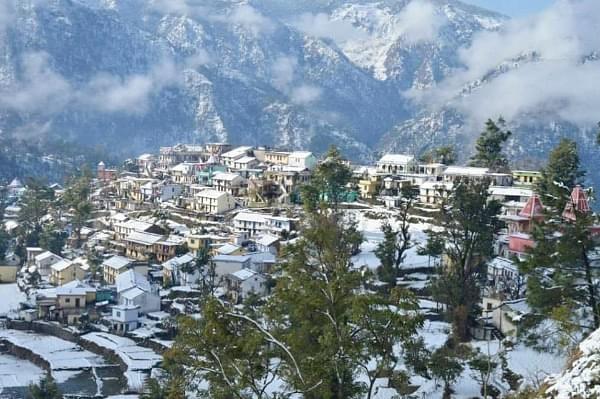 Economic Migration has been a huge issue in Uttarakhand. Successive governments in the state tried to find a solution to the problem but so far the results are not so optimistic. Amid all the woes of migration, villagers of the Rasia Mahadev region in Bironkhal block of Pauri district have set an example in improving their economic condition, Amar Ujala has reported.

The villagers have adopted modern farming techniques, horticulture, pisciculture as their primary source of earning. They are producing non-seasonal vegetables and fruits using these techniques.

Surendra Rawat, Pradhan of Seeli Malli village and a farmer, said that his village has 170 families all of whom have adopted modern farming techniques as their means of employment and are engaged in gardening, horticulture which has made them prosperous.

He said that the villagers are selling Lakhori chillies worth lakhs of rupees every year and are earning very well by growing non-seasonal fruits and vegetables like tomatoes, peas, cauliflower and capsicum.

Non-seasonal vegetables earns the farmers more income as they are hard to find in the market.

Apart from this, fruits like apple, orange, walnut, lemon, apricot and mosambi (sweet lime) are also being grown by the villagers.

According to the report, farmers in the village are claiming an earning in the range of Rs 1-2 lakh per annum. They said that there is no need of marketing as the traders directly buy their products.

Six families in the village have established poly-houses in order to grow non-seasonal vegetables while four others are involved in fisheries, the farmers said.

The villagers of this village are of a firm belief that despite living in harsh conditions of mountainous areas of the state, development is possible by adopting modern technology.