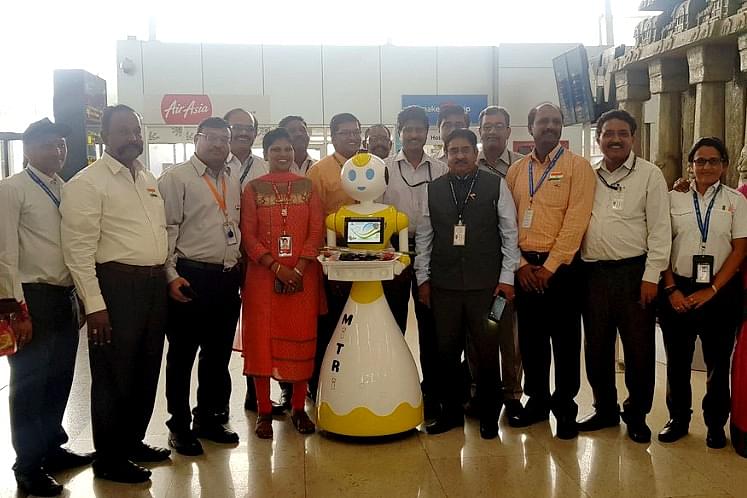 The Airports Authority of India (AAI) yesterday (15 August) deployed humanoid robots at Chennai International Airport that would greet passengers and also assist them by answering queries.

Humanoid Robots introduced on trail basis at Chennai Airport.The robot will provide info on Chennai Airport and it's amenities.This autonomous bots can navigate on its own, identify& greet passengers and respond to queries deciphering variances in accent,converse with wit&fun!! pic.twitter.com/f5i6Wb6KJc

The autonomous bots will be able to navigate around the airport terminal, greeting passengers, conversing with them and helping them out. The bots are also said to be able to decipher ‘variances’ in accents and respond with ‘wit’.

Two such bots have been deployed with one each in the arrival and departure areas of the Kamaraj Domestic Terminal.

Globally, establishments have introduced robots to perform various functions that are assistive in nature. Last year, the Dubai Police had introduced a robot police officer, dubbed RoboCop, to aid in basic functions such as reporting crimes and paying fines for traffic violations. The police added that they planned to increase its scope to chasing suspects as well.

Earlier this year, Vistara announced the introduction of their robot RADA that would help people scan their boarding passes and answer their queries at the airlines’ lounge at the Delhi Airport. A project called Kempa was announced to perform similar functions at the Kempegowda International Airport in Bengaluru.

However, this will be the first time that such a robot is being deployed at an AAI-operated airport.