AAP MP Bhagwant Mann Who Vowed To Quit Drinking, Says His Party Is Ready To Get Dissolved To Stop Modi 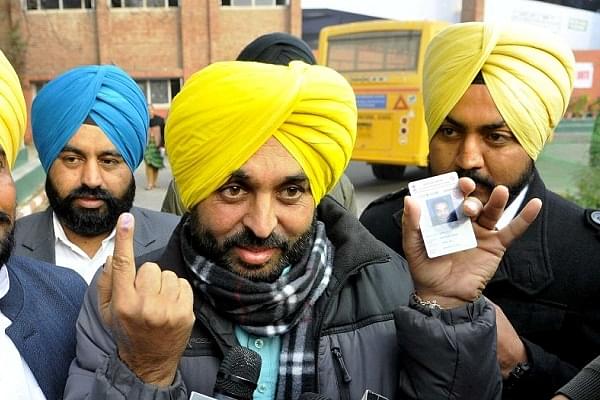 Aam Aadmi Party (AAP) MP Bhagwant Mann has been reported as saying that his party is ready get dissolved if it results in stopping Prime Minister Narendra Modi and BJP President Amit Shah.

As per a Tribune article shared by Shiromani Akali Dal president Sukhbir Singh Badal, Mann is quoted as saying that AAP is ready to get dissolved if “it stops the unholy nexus between PM Modi and Amit Shah”.

Mann, the AAP state president while replying to a question over his party’s prospective alliance with the Congress alleged that Modi and Shah are pursuing a “politics of hatred”.

He added that the party was once a member of the Mahagathbandhan and if need be is ready to be dissolved as its members come from a variety of fields including theatre and journalism.

Incidentally, Mann was in the news a couple of months earlier when he had announced that he had quit drinking since 1 January on his mother’s advice.

Often criticised for being a heavy drinker, this announcement by Mann earned him high praise from party supremo Arvind Kejriwal.

Some of the allegations against Mann include him staying intoxicated day and night. In 2016 AAP MP Harinder Singh Khalsa had requested that he be seated away from Mann as the latter was reeking of alcohol.