Aazadi For Me Too: Snake Rescued From JNU By Wildlife SOS 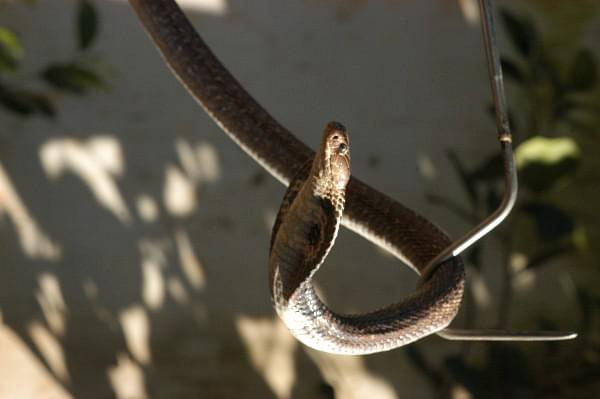 Wildlife SOS, a Conservation group, recently rescued a cobra from Jawaharlal Nehru University (JNU) and a wolf snake from Indian Institute of Technology in Delhi (IIT-D), The Hindu has reported.

The group has said that both the snakes are currently under observation and will be released into the wild soon.

The gorup in a release has stated that a cobra was spotted by the maintenance staff at the badminton court near the hostel. The group was alerted about the snake on its helpline and two members of the rapid response unit were dispatched to rescue the cobra.

According to the report, Shwetabh Suman was the student who alerted the group. He told the paper that in order to avoid any hostile situation, he requested Wildlife SOS to rescue the snake.

The group was also called in to rescue a wolf snake from IIT-D campus, which is not very far from the JNU campus. The snake was found inside the security cabin by the security officers who then alerted the Wildlife SOS.

“JNU and IIT campuses provide a safe natural habitat for urban wildlife. Wildlife SOS has carried out several rescues from both the institutes in the past. It is heartening to see a rise in the number of people being considerate about the well-being of these reptiles.” Kartick Satyanarayan, co-founder and CEO of Wildlife SOS said.

“Both snakes are currently under observation and we will be releasing them back in their natural habitat soon.” said Wasim Akram, manager of Wildlife SOS Special Projects.