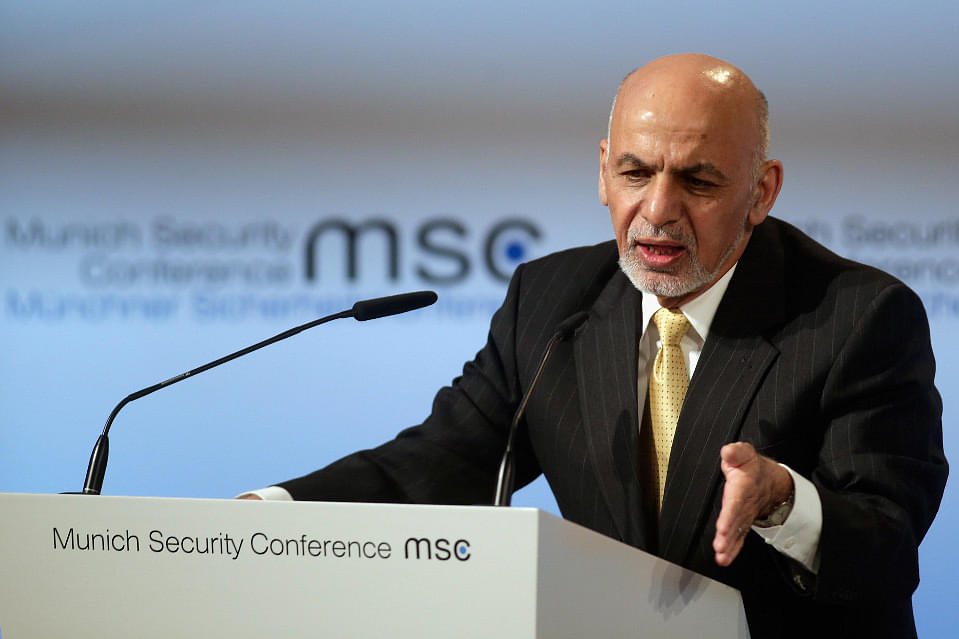 Abdullah Abdullah, the head of the High Council for National Reconciliation, has posted a video to Facebook confirming that Afghan President Ashraf Ghani has left the country.

He has asked people to keep calm and for the Afghan security forces to cooperate in ensuring security.

Abdullah asked the Taliban to allow some time for talks before entering the city of Kabul. Taliban forces have been seen within the city but most insurgents remain massed in the city's outskirts, the Guardian reported.

Asked for comment, the President's office said it "cannot say anything about Ashraf Ghani's movement for security reasons".

A representative of the Taliban, which entered the capital Kabul earlier on Sunday, said the group was checking on Ghani's whereabouts.

Ghani has left the country after the Taliban entered the city on Sunday.

According to the sources, his close aides have also left the country along with him, Afghan media reported.

Earlier in the day, acting Defence Minister Bismillah Mohammadi said that the President has handed the authority of solving the crisis in the country to political leaders.

Mohammadi said that a delegation will travel to Doha on Monday for talks on the country's situation.

Sources close to the Taliban said that it has been agreed that Ghani will resign after a political agreement and hand the power to a transitional government, reports said.

Afghans have said that they seek a political settlement and an end to the ongoing violence in the country.

Earlier, negotiations going on in the Afghan Presidential Palace to transfer power to the Taliban, with Abdullah said to be mediating the process, Afghan media reported.

Sources have also said that Ali Ahamd Jalali will be appointed as head of the new interim government.