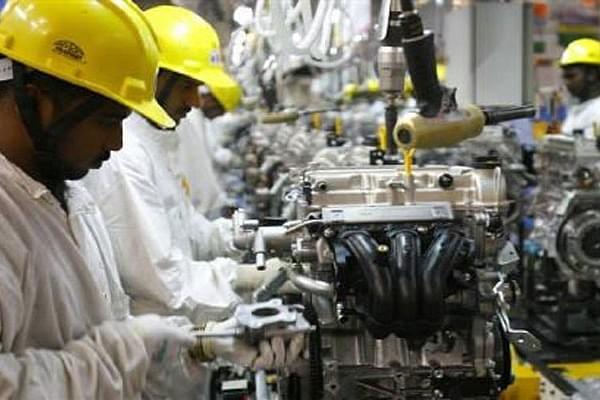 Industrial production has been on the upswing.

In a major boost to the Modi government’s stewarding of the economy, retail inflation fell to a 11-month-low of 3.69 per cent in August, which is much below the 4 per cent target rate set by the Reserve Bank of India (RBI). The fall in inflation was largely driven by cheaper fruits and vegetable prices, which would count as a big positive for the government in an election year.

The RBI is due to release its bi-monthly monetary policy on 5 October and the present inflation numbers are expected to guide its decision-making. It may be noted that the RBI carries a mandate to maintain retail inflation at the level of 4 per cent with a margin of 2 per cent on either side.

In further good news, the numbers on Index of Industrial Production (IIP) showed a healthy growth of 6.6 per cent for the month of July. This came on the back of a good showing by the manufacturing sector and a higher offtake of capital goods and consumer durables. Furniture manufacture showed the sharpest uptick in growth at 42.7 per cent while manufacture of computers, electronics and optical items also registered a handsome gain of 30.8 per cent.