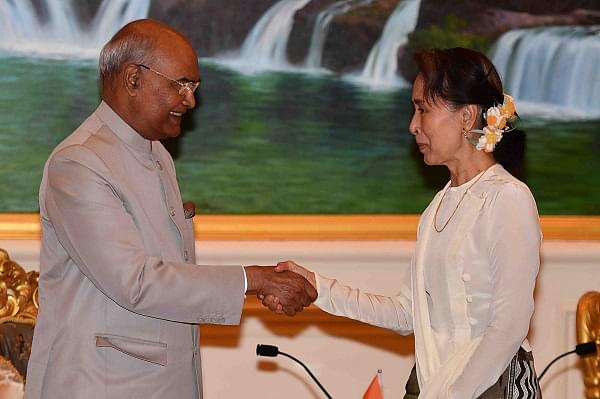 On the first day of President Ram Nath Kovind’s five-day official visit to Myanmar, his office announced on Tuesday (11 December) that Myanmar has decided to start a visa-on-arrival facility for Indian tourists, reports the Deccan Herald.

The visit is part of India’s ‘Act East’ and ‘Neighbourhood First’ policies.

"Coinciding with President Kovind's visit, and to further people-to-people relations, Myanmar has also announced a visa-on-arrival facility for Indian tourists entering the country through the international airports of Nay Pyi Taw, Yangon and Mandalay," the President’s office revealed on Twitter.

As per the President, citizens in the North-East have welcomed closer ties between India and Myanmar, particularly with the recent conclusion of the Land-border Crossing Agreement, which was signed on 11 May, 2018 and brought into effect from August.

The agreement has resulted in the simultaneous opening of international entry-exit checkpoints between the two countries at Tamu-Moreh and Rihkhawdar-Zowkhawtar.

President Kovind has also said that the Myanmar side is looking forward to concluding the Motor Vehicles Agreement between the two countries early on.

The visit to Myanmar is expected to result in the signing of several other agreements as well, and comes amidst increasing Chinese influence in the country, with the two having signed a mega port deal recently.