Actor Viju Khote Passes Away At 78 , Was Famous For His Character ‘Kalia’ In ‘Sholay’ 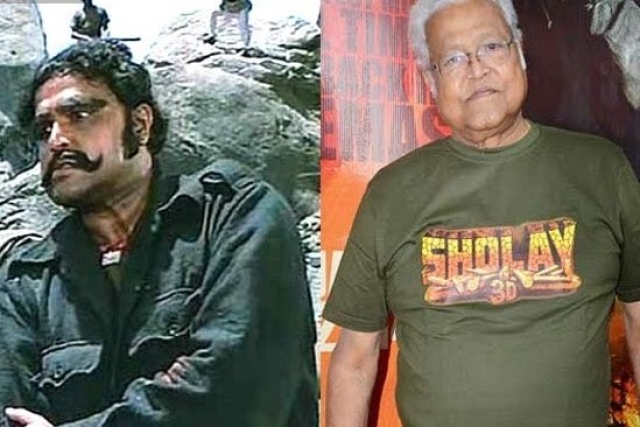 Veteran actor of Marathi and Hindi films Viju Khote, who was popular for his ‘Kalia’ character from the 1975 cult classic Sholay is no more. He was 78.

Viju passed away early on Monday (30 September), family sources said. He is survived by his actor sister Shubha Khote, who was elder to him by five years. Their father Nandu Khote was a noted stage actor too, and he worked in movies during the silent era.

Viju Khote made his big screen debut with Ya Malak in 1964 and went on to do some of the most remembered characters in the Hindi film industry.

In a career spanning almost six decades, Viju worked in over 300 films, including Phir Hera Pheri, Andaz Apna Apna from the modern era besides some television shows and ads.

Renowned for comedy roles, Viju was famed for the evergreen reply to Gabbar Singh's “Kitne Aadmi The?” in Sholay. “Do, Sarkar” was the bumbling sidekick as Kalia's response, which said it all -- that they failed their gang lord ‘Gabbar Singh’ played by Amjad Khan.

He is also fondly remembered as the naive Robert from the film Andaz Apna Apna and was loved for his dialogue "galti se mistake hogaya".

On television he is most remembered for his role from the 1993 sitcom Zabaan Sambhalke, the Indian version of the British sitcom Mind Your Language.

Viju played the character of Vittal Bapurao Pote, a Maharashtrian who worked in a local ‘Nautanki’. He often came to class in play costumes.

Viju was also seen in Indian actress Priyanka Chopra's Marathi venture Ventilator, in which he played the character of ‘Shirish Appa’.