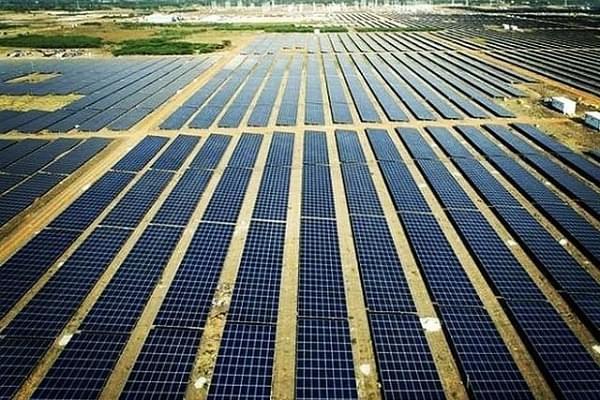 Four years ahead of schedule, Adani Group has achieved its target to set up 25 gigawatts (GW) of renewable energy capacities in India.

"In 2020, we became the largest solar company in the world. Last month (May 2021), we caught up to our renewables target of 25 GW, a full four years ahead of schedule. Our green energy arm is on track to be the world's largest renewable energy company by 2030. No other organisation in the world has accelerated its renewables footprint as rapidly as the Adani Group," Chairman Gautam Adani said during a virtual session of the India Global Forum 2021 on Wednesday (30 June).

Gautam Adani also said that as a part of 'Atmanirbhar Bharat,' the group is doubling its solar cell and module manufacturing capacity to 4 GW, reports The Economic Times.

Recently, in one of the largest acquisitions in the renewable energy sector in India, Adani Green Energy Limited (AGEL) has acquired 100 per cent interest in SB Energy India from SBG (80 per cent) and Bharti Group (20 per cent).

SB Energy India has a total renewable portfolio of 4,954 MW spread across four states in India.

On Wednesday (30 June), the Competition Commission of India (CCI) under Section 31(1) of the Competition Act, 2002 approved the acquisition of SB Energy Holding Limited by Adani Green Energy Limited.