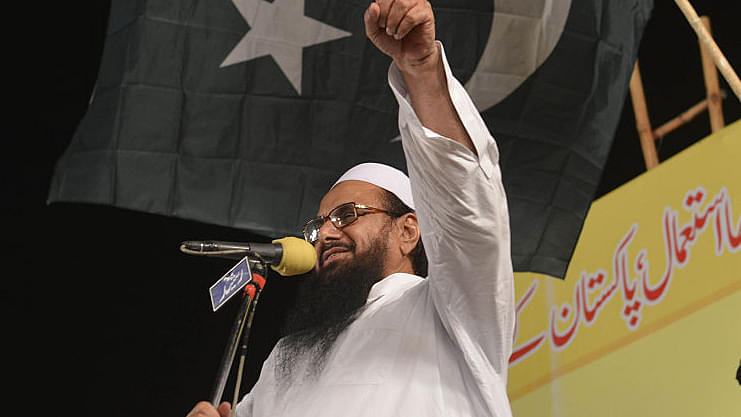 In a raging development, the radical Islamist organisation Jamat-ud-Dawa (JuD), led by UN-designated terrorist Hafiz Saeed, has planned an event in Sahiwal city in Punjab on Thursday (26 November) to commemorate 12 years of 26/11 Mumbai attack.

The group has asked its cadres to organise special prayers for the 10 terrorists who carried out the terror attacks, reports Hindustan Times.

It should be noted that Jamat-ud-Dawa (JuD) is the political front of Pakistan-based Lashkar-e-Taiba (LeT) responsible for the 2008 strikes targeting multiple locations in Mumbai that killed 170 people.

As per intelligence source, the report adds, special prayer meetings will be held in all LeT/JuD mosques to remember the nine LeT terrorists who were killed by security forces along with Ajmal Kasab who was hanged to death.

Moreover, the JuD has started a political forum called JK United Youth Movement, with its main goal to support separatist activities in Jammu and Kashmir. The report further adds that Zaki-ur-Rehman Lakhvi, the chief operational commander and the head of the LeT’s jihad wing, had recently met Hafiz Saeed in connection with the collection of funds for jihad.

JuD members held another meeting with about 70 businessmen at Markaz Aqsa at Gujranwala city on 13 November, asking them donations to carry on with its terrorist activities in Kashmir.

According to security officials, there is an increased efforts from terrorists organisation to create unrest in the valley as Islamabad’s gambit to rally the international community against India has miserably failed.