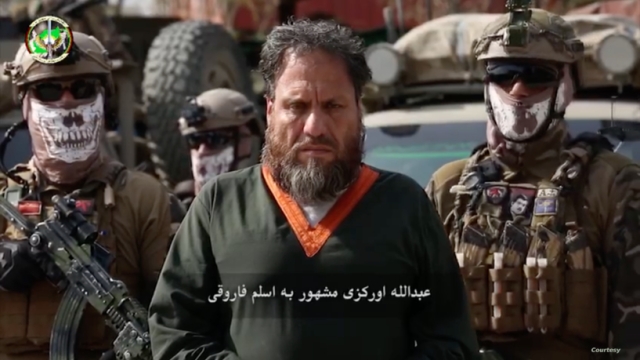 The Pakistan Foreign Office had made the demand of handing over Farooqi to its envoy in the Afghanistan on Thursday, said The Express Tribune.

It emphasised that Islamabad had been expressing its concerns over the activities of the ISKP, which were clearly detrimental to Pakistan.

But turning down the request on Saturday, the Afghan Foreign Ministry said Farooqi was involved in the killing of hundreds of Afghans, therefore, he should be tried under the law of the country, The Express Tribune reported.

The Ministry further said that Afghanistan and Pakistan have no extradition treaty and Kabul was under no obligation to hand over the ISKP chief.

On April 4, Afghanistan's intelligence agency, the National Directorate of Security (NDS), announced that they had arrested Farooqi, whose real name is Abdullah Orakzai, in Kandahar province.

Before Farooqi joined the Islamic State, he was an active member of the Tehreek-e-Taliban terror outfit. He replaced Abu Omar Khorasani as ISKP chief a year ago, sources said.

The ISKP took responsibility for the suicide attack on a Kabul gurdwara in which 27 Sikhs were killed recently.