After A Year, Bombay HC Lifts Ban On Metro Construction At Night, Putting An End To Inordinate Delays 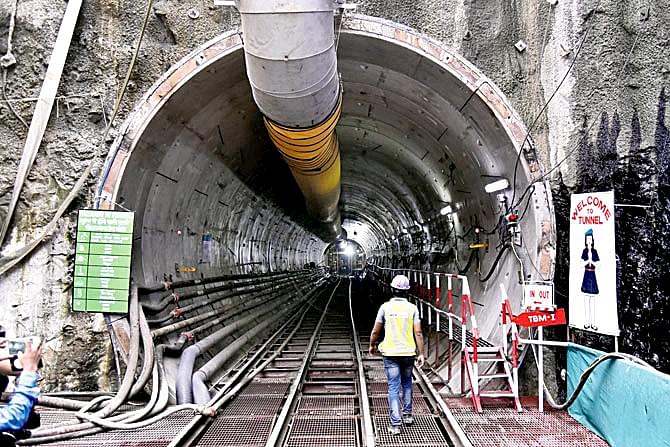 The Bombay High Court today (24 August) lifted its year long ban on construction and tunneling for the third line of the Mumbai Metro, giving reprieve to the Mumbai Metro Rail Corporation (MMRC), reports the Times of India. The bench said that the MMRC and the contractor Larsen and Toubro (L&T) would abide by the recommendations of the National Environmental Engineering Research Institute (NEERI).

While hearing the petition, the HC said that it is in the larger public interest but directed the MMRC to set up a grievance redressal mechanism.

In the petition, Jaisinghani said that the lowering of precast elements for tunnel lining and movement of trucks at night caused noise pollution and said that they could be done during the day time. The MMRC however said that doing so would increase traffic congestion on already congested roads.

The MMRC had earlier said that the restrictions on tunelling at night pushed back the project by a whopping nine months while at the same time resulting in a projected Rs 6,33 crore loss to the economy.

Also Read: Clamour For Lower Metro Fare: Why Madras High Court Must Look The Other Way