After Ayodhya, Grand Temple Should Be Built In Kashi And Mathura As Well: Akhil Bhartiya Akhara Parishad 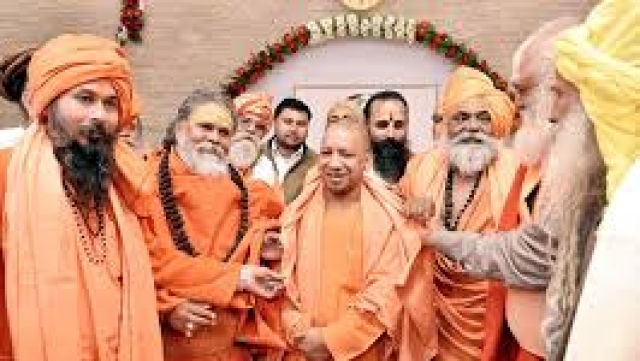 The Akhil Bharatiya Akhara Parishad (ABAP), the apex body of sants (holy men), has announced that after the Ayodhya issue is resolved, the sants will speed up campaigns for the "liberation" of shrines in Kashi and Mathura.

"Temples were demolished in Kashi and Mathura to build mosques. We will take up the issue and ensure that grand temples are built at these places. Hindu governments are in place at the centre and the state and there could not be a better time for this," ABAP President Mahant Narendra Giri said on Thursday (17 Thursday).

The Mahant said that the demand for liberating Kashi and Mathura had been there for quite some time.

"We are confident that the court verdict in Ayodhya will favour Ram temple and the desperation was clearly seen in the behaviour of lawyers representing the Muslim side," he said.

The ABAP chief asked Muslims to give up their claims on Kashi and Mathura in the interest of the nation.

"The Muslims should support construction of grand temples in these two places," he said.

Hindu organisations, since long, have been asking for a grand renovation of the existing Kashi Vishwanath temple and relocation of the mosque.

In Mathura, the Shahi Idgah that lies adjacent to the Krishna Janambhoomi has been on the radar for long. The Shri Krishna Janambhoomi Sangh (SKJS) has already been demanding "additional land" (read Idgah) for "expansion of religious and cultural activities".