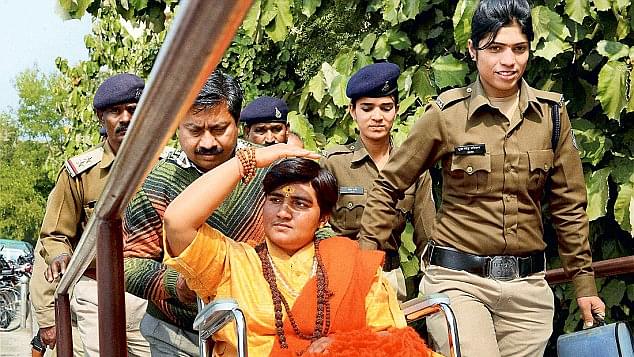 Sadhvi Pragya Singh Thakur created uproar in Lok Sabha when she called Mahatma Gandhi's assassin, Nathuram Godse, a "patriot" and subsequently she has been removed from a key parliamentary panel, reports India Today.

Sadhvi Pragya was appointed to the Consultative Committee on Defence only eight days ago and the fallout led to her being barred from attending BJP parliamentary party meetings as well.

BJP working president Jagat Prakash Nadda condemned Sadhvi Pragya's remarks, and said that the party does not support such statements.

By calling Nathuram Godse as a patriot, there is also a possibility that the BJP's disciplinary committee will expel her from the party.

Sadhvi Pragya Singh Thakur was elected as the Member of Parliament from Bhopal after she won against senior Indian National Congress leader and former Chief Minister of Madhya Pradesh Digvijaya Singh.

During the Lok Sabha campaign, Sadhvi Pragya described Nathuram Godse as a "patriot" that led to a sharp criticism by Prime Minister who said he could never forgive her for this remark.