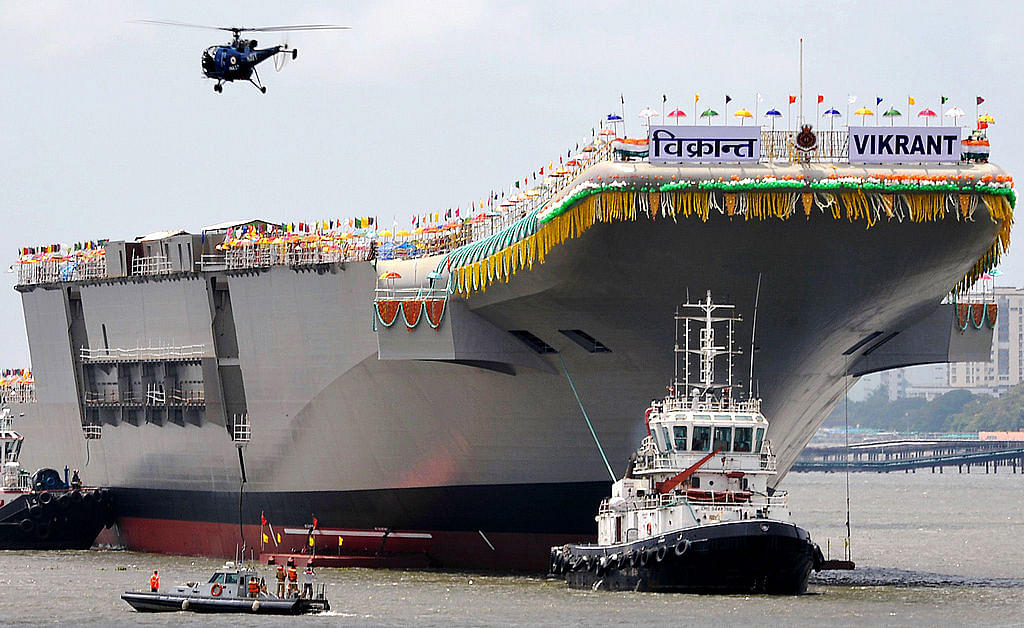 The premier Defence Research and Development Organisation (DRDO) is set to develop a new twin-engine deck-based fighter aircraft for the Indian Navy to serve on its aircraft carriers, one of which is already in active service, and another is presently under construction, reports The Hindu.

The development was made public by the Chief of Naval Staff, Admiral Karambir Singh who said that the new fighter jet platform would be ready for deployment by 2026 and will be based on the experience gained by the DRDO with the Naval Light Combat Aircraft (LCA) Tejas.

Admiral Singh also shared that he expected the country's first Indigenously-built Aircraft Carrier (IAC-1) Vikrant to be operational by 2022, which would provide a big boost to the nation's capabilities as a major maritime and naval power in the region.

Admiral Singh further added that the IAC-1 Vikrant has reached an advanced stage of construction in Kochi with all ship-building issues having been overcome. He said that the delivery of the carrier is certain by February-March 2021 post which trails would commence. "We should have a fully operational carrier by 2022," he said.