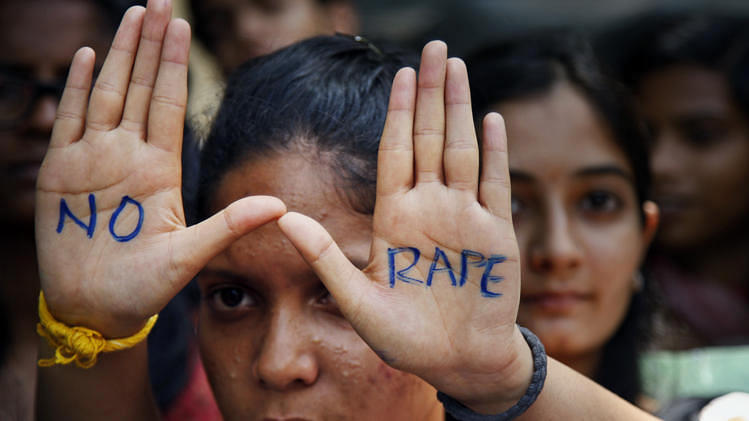 Even as the embers of the Hathras incident continue to smoulder, yet another incident of a Dalit woman being gangraped and killed in Balrampur district has taken place.

According to reports, a 22-year-old Dalit college student was raped and brutalised in the Gaisari village of Balrampur on Tuesday (29 September).

Two persons have been arrested in connection with the crime.

The woman, a second-year B. Com student, had gone to her college in a nearby town to pay her fees on Tuesday. According to the family, she also worked at a private firm.

The girl did not return home till late in the evening and the family made several attempts to contact her on her phone.

Later in the night, the woman reportedly came home in a rickshaw in a semi-conscious state. She had a cannula injected in her forehand which indicated that she had undergone treatment.

Family members said that the woman looked dazed and in a serious condition. The family rushed her to a nearby hospital, but she died on the way.

The family has also alleged that the woman was lethally injected before she was raped.

Balrampur Superintendent of Police, Dev Ranjan Verma, said, "The family said that the woman did not reach home on time on Tuesday. They tried to contact her but could not get in touch. After some time, she came home in a rickshaw with a glucose drip attached to her arm and she was in a bad state. The relatives took her to a hospital but she died on the way."

According to the mother of the victim, she was unable to speak when she came back home and could only manage to utter the words, "I am in a lot of pain, I won't survive."

"She had gone to get her admission done at 10 in the morning. We have the receipts. On her way back, 3-4men forcibly put her in their car, injected her and raped her. The accused broke her back and her legs and sent her back in a rickshaw. She had no strength left to even walk," the mother told reporters.

However, the Balrampur Police, in a tweet, said reports about her limbs and waist being broken are not true and these injuries have not been confirmed in the autopsy report.

Based on a complaint filed by the victim's brother, the Balrampur police registered a case and arrested two accused, Shahid and Sahil, on charges of gangrape and murder on Wednesday night.

The police also said that the victim was raped in the back room of a grocery store in the Gaisari village. The victim's sandals were found outside the room and the owner of the grocery store is the alleged mastermind of the crime.

Police investigations also revealed that the accused had tried to get the victim treated after raping her.

They called a nearby doctor to come and see the victim but the doctor got suspicious of the situation and refused to treat her in the absence of a guardian.

"A boy named Sahil came to call me around 5 pm. He took me to his uncle Shahid's grocery shop. When I reached there, they told me to see a patient from their family. I saw that the room was empty and asked them who the woman was. They told me she is the daughter of a government secretary. I said I will not treat her until a woman or elder from the vicinity is present. They told me to go back to my clinic and said they will call the secretary and get the victim to my clinic. I do not know where they went after that," the doctor told local reporters.

The doctor also confirmed that the victim did not have an IV drip attached when he saw her.

Meanwhile, in what seems to be a replay of the Hathras incident, the Balrampur victim was also cremated in a hurry late on Tuesday night amidst a heavy police deployment.

The last rites were performed immediately after a post-mortem was conducted on the body. However, locals have said that the funeral was conducted with the permission of the victim's family.

Reacting to the incident, Samajwadi Party chief Akhilesh Yadav in a tweet in Hindi said, "After Hathras, a girl has been gang-raped in Balrampur and she has now succumbed. The BJP government should not indulge in a cover-up like in Hathras and must immediately take strict action against the culprits."