After Jyotiraditya Scindia Pays Homage To Rani Laxmibai At Her Samadhi, Congress Leaders Sprinkle Gangajal At The Site: Reports 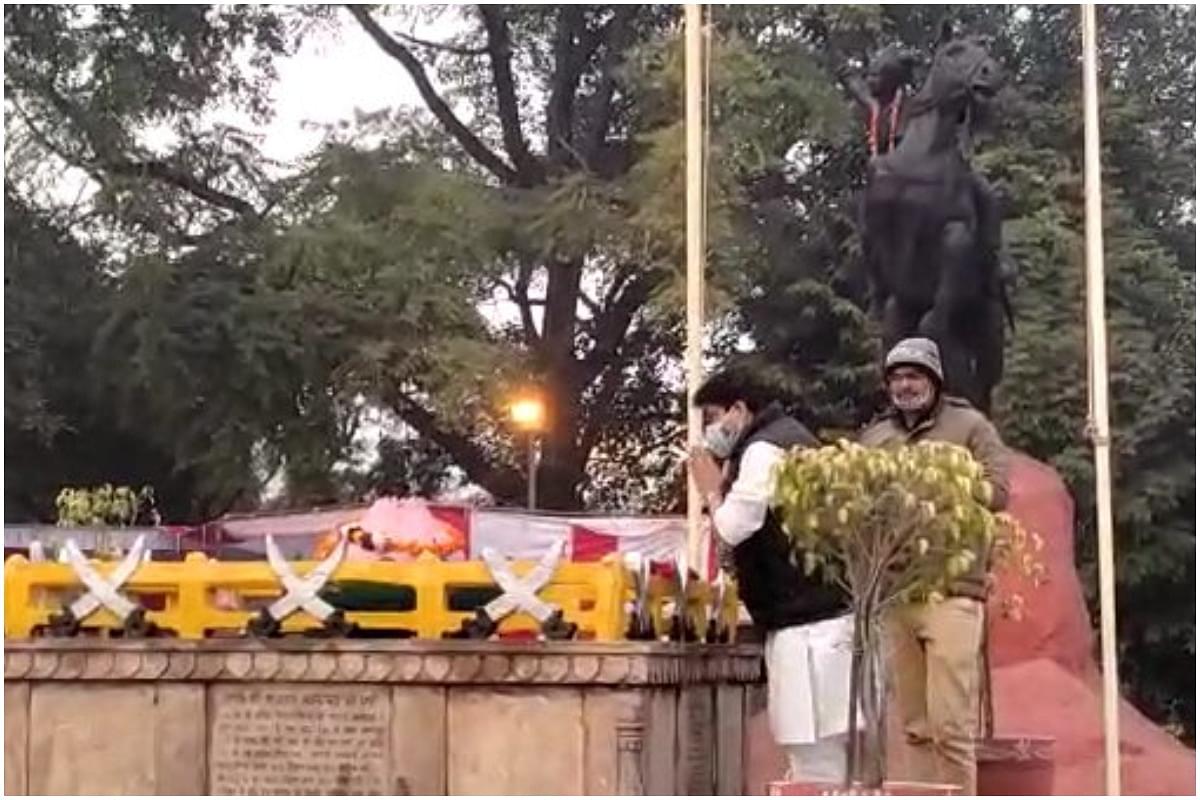 Union minister Jyotiraditya Scindia paid tributes at the memorial of Rani Laxmibai recently. The tribute from Scindia is reportedly, probably, the first visit to the memorial of the queen of Jhansi by a member of the erstwhile royal family of Gwalior that Scindia represents.

He joined the Bharatiya Janata Party in 2020 after walking out from the Congress. He offered his tribute to Rani Laxmibai by offering flowers at the Samadhi.

Reports say that many people in Madhya Pradesh have welcomed the move as a positive step towards "atonement" and "poorvajon ka pashchataap (atonement for his ancestors)."

A report on Amar Ujala website says that historians have said that it was a move that comes after a century and a half and points at efforts towards making amends.

The Times of India asked in a headline: "Closing 1857 chapter"?

They added that history would have taken a positive turn had the erstwhile royal family of Gwalior helped the Rani of Jhansi in fighting against the British.

However, author of books on Maratha history, Aneesh Gokhale, refuted the inference of the headline in a Twitter thread.

Scindia's tribute to Rani Laxmibai has kicked off a discussion on the events surrounding Gwalior and her fight against the British. His gesture saw strong reactions from the Congress in Madhya Pradesh.

The Navbharat Times website reported that Congress leaders in Gwalior reached the Samadhi of Rani Laxmibai and sprinkled Gangajal at the site in order to "purify" the site.

Congress leaders have reportedly said that Scindia's gesture was not enough to expiate the "sin" of his ancestors for they "did not support" the queen of Jhansi in the 1857 rebellion in Gwalior.

The queen of Jhansi sacrificed her life fighting the British forces in 1858.

MP Congress spokesperson Narendra Singh Saluja reportedly took a jibe at Scindia. He is quoted to have said: "What all the BJP is forcing him to do after he joined the saffron party for a post and chair."

Reactions from the Congress in Madhya Pradesh point that the issue is likely to become a point of political narrative in the state.