After Meet With PM Modi, Seychelles President Approves Collaboration Over Assumption Island Base 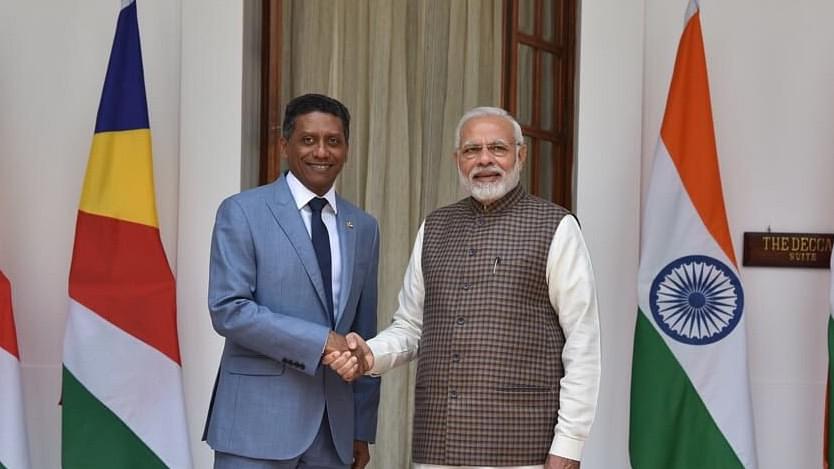 In a joint press conference after their meeting, Prime Minister (PM) Narendra Modi and Seychelles President Danny Faure announced that the two countries will collaborate on the project for base on Assumption Island.

The announcement comes days after media reports that Seychelles had decided not to go ahead with the project after protests by opposition parties in the country.

India had offered to set up a naval base on the island for safeguarding several major maritime routes that the country lies on. Piracy is a major concern on these routes and are patrolled by Indian Navy among others.

The decision was also announced in a Ministry of External Affairs press statement which talks of co-operation on the project, respecting the mutual concerns of both sides.

The announcement comes as a major relief for India as confusion had prevailed over the project ever since a top-secret document about the project’s details was leaked on the internet. Several protests were held in the Indian ocean nation with questions of sovereignty to environmental stability being raised.

Also Read: Seychelles Not To Move Forward With Indian Naval Base On Assumption Island