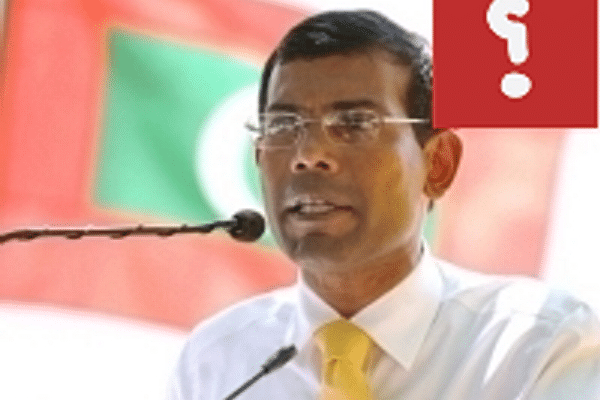 Former President of Maldives, Mohamed Nasheed, returned to country on Thursday (1 November), after spending more than two years in exile in order to escape a lengthy prison term, The Hindu has reported.

Nasheed, after decades of dictatorship by Maumoon Abdul Gayoom, was elected President in first multi-party elections of Maldives in 2008. He remained President till 2012 when he was forced to resign under disputed circumstances.

In 2015, he was convicted of terrorism for ordering the arrest of a top judge in 2012 when he was the President and was sentenced to prison for 13 years.

The international community had criticised Nasheed’s trial for lack of due process.

The Maldivian Supreme Court earlier this week suspended his sentence till the time it reviews his conviction, on the request of the Maldives’ prosecutor-general.

Nasheed reached the Maldivian capital Male by plane from Sri Lanka and was welcomed by his supporters and party members.

After the defeat of Yameen, courts in Maldives have either freed or granted bail to some officials who were in prison.