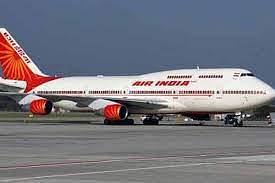 Qualified bidders are likely to put in their financial bids ahead of 15th September as the divestment process of Air India has entered its final phase now.

SpiceJet promoter Ajay Singh and the Tata Group, which founded the airline in 1932, are amongst the qualified suitors in this process.

Apparently, executives of Tata Group have visited multiple airline sites across India in the previous few months as they have bid for the airline through AirAsia India, Times of India reports.

Overall, the central government has set a divestment target of Rs 1.75 lakh crore for FY 21-22.

Along with Air India, sales of other state-owned companies like the Bharat Petroleum Corporation Limited (BPCL) and the Shipping Corporation of India are also lined up for the current fiscal year.