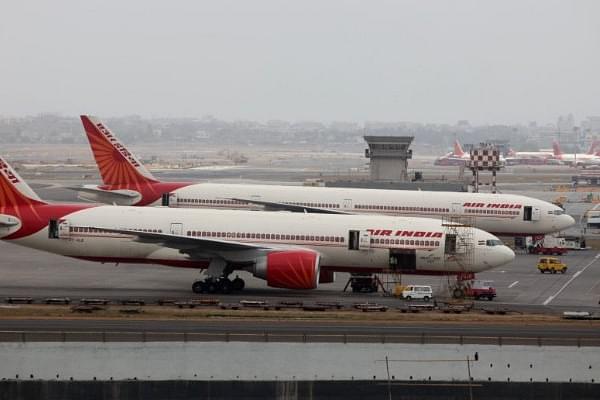 Air India aircraft are seen parked on the tarmac of the international airport in Mumbai. (Representative image) (Sattish Bate/Hindustan Times via Getty Images)

Accoding to the report, Pakistan’s Federal Minister of Aviation Ghulam Sarwar on Thursday (18 July) confirmed that the country suffered $50 million loss after closure of its airspace. He claimed that the closure had hit India harder and New Delhi’s loss was almost double that of Pakistan’s.

Earlier on Tuesday (16 July), Pakistan decided to open its airspace after a gap of almost five months. The Indian government welcomed the move, with the Ministry of Civil Aviation confirming that there were no more airspace restrictions.

"After cancellation of NOTAMS by Pakistan and India in the early hours of Tuesday, there are no restrictions on airspaces of both countries, flights have started using the closed air routes, bringing a significant relief for airlines," said a statement released by the Ministry of Civil Aviation, as reported by Zee News.

The reopening of the airspace has not only cut down the flying time to westward destinations but has also reduced the operational costs by curtailing the cost incurred on aviation turbine fuel and extra crew.