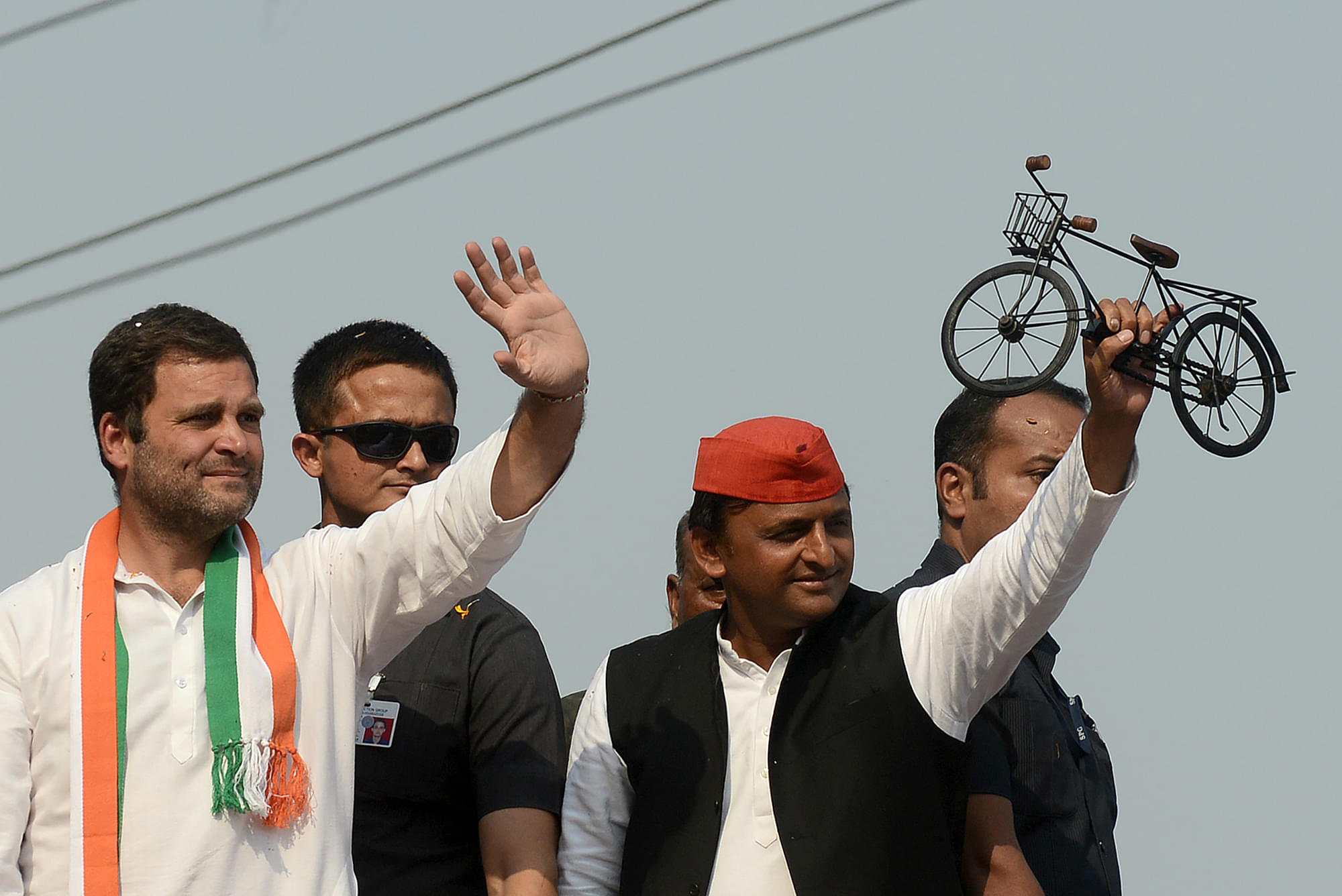 Yadav was speaking at a press conference headquarters of SP when he was asked to comment on Gandhi's speech. Congress vice president, Rahul Gandhi had cited examples of the SP, the Dravida Munnetra Kazhagam (DMK) and even Bollywood to reinforce his point that several prominent Indians were born into famous families. The SP and Congress had allied together and unsuccessfully contested the Uttar Pradesh (UP) assembly elections earlier this year.

Yadav said across the world, there were a number of examples where people got the opportunity to come to politics due to their family. “Whatever has been said for dynasty politics, the BJP is extremely worried. Rahul is my friend, whatever he said would have been in the context of UP and national politics,” he said.

“Had he been asked about US politics, he would have mentioned said that in America there was a president whose son also became a president. Then there was one president, whose wife also wanted to be a president. There are number of such examples in world democracy,” he added.

On Tuesday (12 September), while addressing students at the University of California, Berkeley, Gandhi had said, “Most parties in India have that problem. So... Mr Akhilesh Yadav is a dynast. Mr Stalin (son of M Karunanidhi in DMK) is a dynast... even Abhishek Bachchhan is a dynast.” “So that’s how India runs. So don't get after me because that's how India is run. By the way, last I recall, Ambanis are running the business. That's also going on in Infosys. So that's what happens in India," he had said.

When asked about the family feud and his equations with father Mulayam Singh Yadav and uncle Shivpal Yadav, Akhilesh refused to answer the question.

Actor Rishi Kapoor, who hails from the prominent Kapoor family took on Gandhi on Twitter saying that he had to earn people’s respect through hard work.

Rahul Gandhi.In the 106 years of Indian cinema of India, Kapoor's contribution is 90 years. And each generation is chosen by public on merit

So don't bullshit people on "Dynasty" You have to earn people's respect and love through hard work not zabardasti and gundagardi.