Alienated By Obama, Philippines’ Duterte Gets Trump Invite, Endorsement For His Anti-Drug War 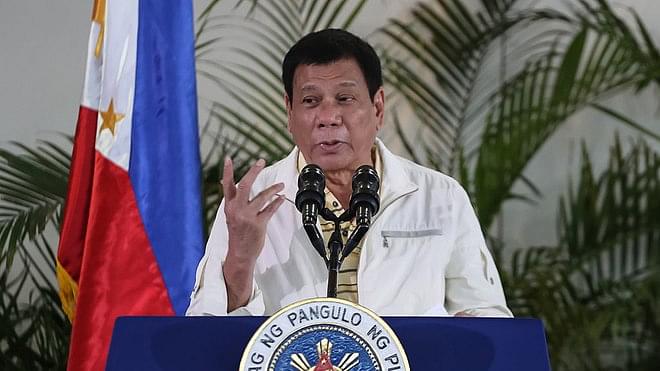 Philippines President Rodrigo Duterte on Saturday said President-elect Donald Trump had invited him to the US, and endorsed his brutal anti-drug campaign, telling him that the Philippines was conducting it "the right way".

Duterte, who spoke to Trump over phone on Friday, said the President-elect was "quite sensitive" to "our worry about drugs", The New York Times reported. "He wishes me well, too, in my campaign, and said well, we are doing it as a sovereign nation, the right way," Duterte said.

Duterte has been leading a campaign against drug abuse in which, since he took office in June, more than 2,000 people have been killed in raids. Police said several hundred more have been killed by vigilantes.

Duterte had earlier said he was seeking "a separation" from the US, a longtime ally. The Philippines was seen drifting away from America and towards China since Duterte took office as he didn’t get along with Obama who has publicly criticised Duterte’s anti-drug drive. He had called Obama "son of a whore", and threatened to cut diplomatic ties with Washington.

Duterte said that Trump had invited him to visit New York and Washington, and that he wanted to attend the summit meeting of the Association of Southeast Asian Nations next year in the Philippines.

"I appreciate the response that I got from Trump, and I would like to wish him success," he said. "He will be a good President for the US."